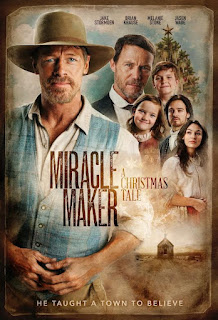 FILM SYNPOSIS:
It all starts with one little seed of love."The Miracle Maker is coming!" Everyone in the tiny hamlet is excited when they hear the news that the renowned man of wonders is coming to their village. But the humble traveler who appears isn't what anyone expected. They were looking forward to someone magnificent who would change their lives. But it seems this man can barely take care of himself, let alone fulfill the dreams of others. However, miracles can come in all shapes and sizes-and sometimes from unexpected places.

My review:  The Miracle Maker: A Christmas Tale

The Miracle Maker is a movie I could watch over and over throughout the years.  It is a nice clean family movie.

The setting is small town in west.  Horse and buggy was the mode of transportation. The people are down trodden.  When a telegram  comes saying, " A Miracle Maker is coming"  Everyone gets excited about it and hopeful.

The children are really good.  One little girl I can still see her angry marching across town. Another of the children has a big roll and hardly has any lines, but gets his character right.

Lots of familiar actors are in the movie.

I would buy this DVD to give as a Christmas Gift.

This movie was made in Utah.

I was given this DVD so I could post a honest review.

yeah! I'm out of care center.

I'm now staying with my brothers.  I feel lucky because Home health will becoming for at least 3 weeks of PT, OT and bath aid to help shower and dress.
I think this will be longer than I want to heal. I have to have help even opening laptop, bottle of water, hair& dressing. don't sleep to well, but more comfortable in recliner over bed.  My daughter took me to walmart to get shoes, shower seat ect. it hurt even to drive power wheelchair so that is not happening again for awhile.
My dog is glad to see me.
still on pain killers,still can't hold kindles for long.  will do what I can, when I can. 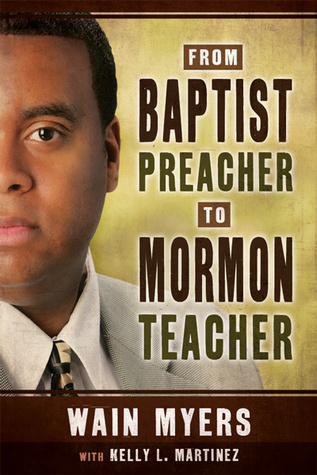 Wain Myers thought he knew what he believed, but after a revelation from God, something had to change. This former Baptist preacher tells his fascinating story of following the Spirit’s voice and ultimately becoming a convert in the LDS church. This remarkable true story will inspire you to follow your own promptings and share truth wherever you find it.

About the authors:
Wain Myers is a native of Dayton, Ohio. He served in the United States Army in Bad Kissingen, Germany, where he received his call to the ministry. After his military career, he returned to the U.S. and began preaching at True Vine Missionary Baptist church, where he preached for over five years and was then introduced to The Church of Jesus Christ of Latter-day Saints by his lovely wife Sebrina. He’s been an active member of the Church since 1995 and has served on his stake’s high council and as second counselor in the Genesis Group leadership.

Wain and Sebrina are the proud parents of seven amazing children; Le’Roy Jr., Isaiah (who recently returned from a full-time mission in the Louisiana Baton Rouge Mission), Bradford (and wife Paige), Quesley, Braxton, Spencer, and Ammon. Wain is a firm believer that no amount of success outside of the home can make up for failure inside the home. Check out his website at authorwainmyers.com.


Kelly L. Martinez has written about sports and entertainment for most of his professional career, though he has also dabbled in travel and tech articles. His writing has appeared in several national and regional publications, such as USA Today, the Los Angeles Times, Meridian Magazine, and the Deseret News. He comes from a long line of Mormon pioneers on his mother’s side and is of Hispanic, French, and Native American descent on his father’s. This is his first co-authorship and published book.

I found this to be a truthful book, a reminder to me of things I need to keep working on, a interesting book that I did not want to put down.  I found myself crying quiet tears in a few spots.  I learned some new things too.  I appreciated Wain telling his story and sharing his testimony and love of Jesus  Christ.  The lessons he learned along the way.

This is a fast read that is full of life lessons Wain has learned.  I like how he and his wife don;t think of your kids, mine and our kids.  That is tough to do.  In fact I want to ask now which were your wife's two children now.  It is not important as long as your children all feel your love and support.
Constant with your discipline of the rules is very right thing but hard to do.

Wain shares his love of scriptures, prayers that were answered and special people along the way that made a difference in his life.

I like how he answers tough questions.  I hope I can do that the right way too.  With love and testimony not fighting.  Too find out what the real issues are.

Thank you for being willing to write your story to uplift those who take the time and effort to listen and hear what you have learned that can help strengthen there lives too.

Your story made my day.

I was given this ebook to read by Cedar Fort Publishers.  In return I agreed to give a honest review of From Baptist Preacher to Mormon Teacher. 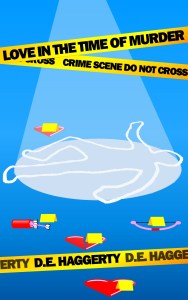 In Love in the Time of Murder

face their toughest case yet. Delilah, or Dee as she wishes everyone would just call her already, is the granddaughter of one of the knitting detectives and her life is in a bit of a shambles. She finally manages to pry herself away from her husband’s clutches, move out on her own, and start her own business. But then her estranged husband is murdered and she’s the number one suspect. The Gray-Haired Knitting Detectives aren’t about to let one of their own get sent to the slammer and jump at the chance to search for the true killer. As if Dee doesn’t have enough problems, the knitting detectives decide that Delilah being a widow is the perfect opportunity to find her a new man and decide to put their matchmaking skills to use. Will Dee end up in prison for a murder she didn’t commit or will she be taking another walk down the aisle?
All books in the Gray-Haired Knitting Detectives series are standalones 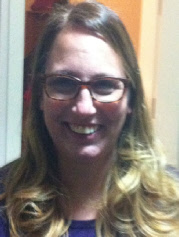 I was born and raised in Wisconsin, but think I’m a European. After spending my senior year of high school in Germany, I developed a bad case of wanderlust that is yet to be cured. My flying Dutch husband and I have lived in Ohio, Virginia, the Netherlands, Germany and now Istanbul. We still haven’t decided if we want to settle down somewhere – let alone where. I’m leaning towards somewhere I can learn to surf even though the hubby thinks that’s a less than sound way to decide where to live. Although I’ve been a military policewoman, a commercial lawyer, and a B&B owner, I think with writing I may have finally figured out what I want to be when I grow up. That’s assuming I ever grow up, of course. Between playing tennis, running much slower than I would like, trying to adopt every stray dog within a 5-mile radius, traveling to exotic new locales, singing off tune, drinking entirely too many adult beverages, addictively watching new movies and reading books like they are going out of style, I write articles for a local expat magazine and various websites, review other indie authors’ books, write a blog about whatever comes to mind and am working on my seventh book.

B&N
My review : Love in the Time of Murder by D.E, Haggerty (The Gray-Haired Knitting Detectives#3)
4 STARS
This is a fun light hearted murder mystery.  I want to read more of the series.  DE says this is the last one, but it was my first one.

I want to go back sometime and read the first two books in the series.
There is a lot of characters in this novel a wide range of them.  They make me laugh. I can see why they scare some people.
Delilah has left her husband and moved back were her grandma lives. She does not want everyone to know her business but they all do. Dee works for Jack at his dress shop.
Gray-Haired Knitting Detectives travel in a pack together.  One is a matchmaker. A couple of gay lovers, a detective and his pregnant wife.
When Delilah's husband comes to town and gets murdered Delilah is the chief suspect. The only suspect.  So the group steps in and plans to make sure the right murder is locked up.  They also think that she should date Tommy.
I loved the scene in the Police station when the detective falls apart and starts yelling.

I was given Love in the Time of Murder to read for free and in return I agreed to give a honest review and be part of it's book tour.

I AM now in care center or around two weeks. I just got my computer brought to me.
Last thurs. had shoulder operated on.  they put plate and 8 screws in it. i also hurt right hand.
I am only usin one finger to type with. still in lot of pain.
having hard time copy and pasteing so will try and make up book reviews. so far daily planner and calandar has not made it with me to care center.

got first shower since fall boy hair was dirty.

still not reading and rembering enough to read new stuff for review.
going to stay with family when get out of care center.