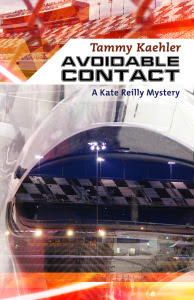 Racecar driver Kate Reilly is suited up and ready for the start of the legendary 24 Hours of Daytona. But what’s ahead will test her will and nerve more than any other endurance race.

Even before the green flag waves over Daytona International Speedway, Kate receives word her boyfriend Stuart is fighting for his life after a hit-and-run earlier in the day. Still reeling from that news, Kate must absorb other shocks in the race’s opening hours, including an on-track accident with tragic consequences and an eyewitness who claims Stuart was run down deliberately by someone from the race paddock.

Alternating stints behind the wheel of her Corvette racecar with stretches of quizzing colleagues and searching for clues, Kate taps every possible source—friend, foe, and family—to find out who’s after Stuart and why. As the race clock counts down to zero hour, Kate must come to terms with her own fears about the past and
decide who she’s willing to trust. Only then can she identify who’s willing to kill to keep a secret buried—and stop them before they lash out again. 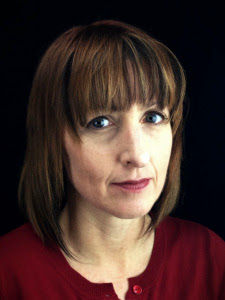 Tammy Kaehler’s career in marketing and technical writing landed her in the world of automobile racing, which inspired her with its blend of drama, competition, and friendly people. Mystery fans and racing insiders alike praised the first two Kate Reilly Racing Mysteries, Dead Man’s Switch and Braking Points, and she takes readers back behind the wheel for the third time in Avoidable Contact. Tammy works as a technical writer in the Los Angeles area, where she lives with her husband and many cars. Find out more at
www.tammykaehler.com.

This is the third book in the series. I have not read the first two. I have never watched a car race so I was new to the world of racing too. But I liked this cozy mystery. It was full of cars, characters, drama and action. It is also a fast paced book it all takes place with a little over 24 hours.


Kate Reilly is a driver on Daytona 500. Kate is having a bad start to a important day. It gets worse too. Kate had a fight with her boyfriend Stuart and someone run him down in a hit and run accident. He is in bad shape. Kate has a bunch of relatives that she had met 3 months ago. Some of them hate her.

Kate got a phone text from Stuart while he was in a coma. Saying it was not a accident. Someone had tried to kill him. They tried to kill the texter the night before. Stuart was going to meet him this morning. He wants her help proving who hit Stuart.
Kate showed the police the texts and was planning to keep showing them to the police.

Now I did not realize that for Daytona they had multiple drivers for the same car and goes for 24 hours. Plus their are different classes of cars in the race at same time. So there is lot of race talking and racing. While Kate is not driving she is trying to find out more information about different teams around her.

It would be hard to close off emotions and driving in such a important crowded race. Plus other events happen to add to the emotional toil.

You do know of the teams that have had something to do with the accident. But not all of it. Makes me want to watch a race or two to see if as much drama as this race was.

The setting is Daytona race track in Florida.

I was given this ebook to read so I could give my honest opinion and be part of its blog tour.


Giveaway: 1 print copy of Dead Man's Switch: A Kate Reilly Mystery (Kate Reilly Mysteries Book 1)
Only open to United States. Starts Aug. 9 to Aug. 15, 2014 winner will have two days to respond to email. If not another winner will be chosen.
To enter leave a comment with your name and email address below. A extra entry follow my blog and comment and let me know how and name email address.

I would love to win a print copy. I want to read it.

This is a new series for me. I am intrigued.

Thanks for the review, Rhonda!