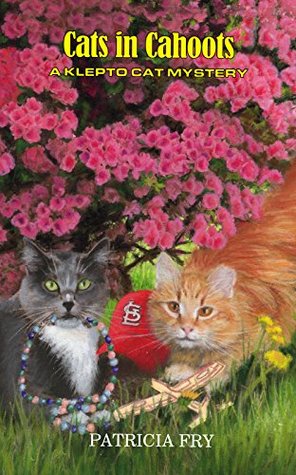 Strange things are happening in Savannah and Michael Iveys’ neighborhood. Items are going missing; some of them mysteriously reappearing. Rags, the klepto cat, is caught pilfering some of the small stuff, but who or what is carrying off the larger objects and why? Is the horse involved or do the new kids on the block have sticky fingers? Perhaps Rags’s new feline friend, the golden girl, is a mystical being. In the meantime, when Michael volunteers in an out of state animal abuse case, Savannah invites her sister and mother to spend the week at the Ivey home and the women soon find themselves hostages of angry jewel thieves. A cousin Savannah hasn’t seen since they were children arrives with her family and a pleasant outing becomes a close call for Savannah and her baby, Lily. A mysterious young man courageously thwarts tragedy that day, then runs off before he can be identified. It takes a child to solve the neighborhood thievery and to reveal the identity of the true hero in this story. You’ll delight at the feel-good ending to this light mystery.

My review: Cats in Cahoots: A Klepto Cat Mystery book 18 by Patricia Fry

Good cozy mystery.  The characters are old friends by now.  I want to see what trouble they get up to now.  The books can stand alone but much better to read the series in order to follow the characters lives.

Plenty of drama, cats, mystery and humor, plus a clean read too.

Savannah and Michael have new neighbors.   There is a lot of things going on in their neighborhood.  Weird sounds, things taken and then turn up later. Some of the things that are taken  are water can , skateboard and others are small items.

The mystery is easier to guess in this story but still good to read.  I like the new characters and like how some turn out.  I thought they might go some other way but I guessed wrong.

I will read more stories from Patricia Fry in the future.

I was given this book to read for free and in return agreed to give a honest review of Cats in Cahoots.
Posted by rhonda1111 at 3:28 PM