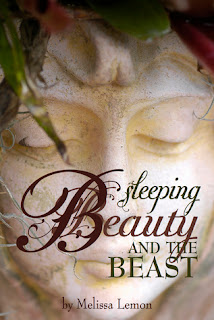 Trapped in a cursed sleep, the only experiences Princess Eglantine has are the ones in her dreams. There she meets Prince Henry of Fallund, a neighboring kingdom on the brink of war.

My review: Sleeping Beauty and the Beast by Melissa Lemon

4 STARS
I have always liked Fairy tales. This takes two fairy tales and combines them and makes her own twists.  I had to love it.  Lots of drama, humor and romance, plus a clean read makes for a good tale.
I guessed how part of the story would be resolved way before it happened.  Other twists I did not see.

Prince Henry and Duncan are twins.  Henry has been ruling for the past five years.  He is serious.
Prince Duncan likes to dress like a peasant and sneak out of the castle.  He eats standing up.  Avoids all the meetings his brother wants him to go to.

Duncan sees the prison guards try to wrangle a wild beast into prison.  He helps and learns it is  a girl who is accused of murder. The girl bites and scratches them.  Duncan is drawn to help her. He asks the guards to treat her good and he will be back.

Prince Henry starts to see someone in his meetings that no one else sees.

Eglantine at age five was cursed.  She will sleep till her brother frees a beast.  Her parents put her in a glass greenhouse. She can sometimes hear when her family comes to visit her. The only life she knows is her dreams.  At 19 She finds herself in neighboring kingdom and their castle and Prince Henry can see & hear her.

There is even a witch and I felt for her.

Eglantine teases Henry because she knows he can hear her and no one else has ever responded to her.

I read this in one setting. It does bring smiles to my face as I read.
The setting is two different kingdoms & palaces. The mode of transportation is horse & carriages.

I was given  a copy of this book so that I could give a honest opinion of Sleeping Beauty and the Beast.