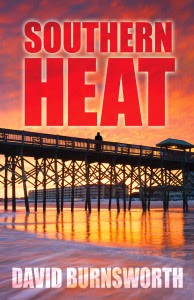 Synopsis:
Gunshots echo down an antebellum Charleston alley. Brack Pelton, an ex-racecar driver and Afghanistan War veteran, witnesses the murder of his uncle, Reggie Sails. Darcy Wells, the pretty Palmetto Pulse reporter, investigates Reggie’s murder and targets Brack.
The sole heir of his uncle’s estate, Brack receives a rundown bar called the Pirate’s Cove, a rotting beach house, and one hundred acres of preserved and valuable wetland along the Ashley River. A member of Charleston’s wealthiest and oldest families offers Brack four million dollars for the land. All Brack wants is his uncle’s killer.
From the sandy beaches of Isle of Palms, through the nineteenth-century mansions lining the historic Battery, to the marshlands surrounding the county, Southern Heat is drenched in the humidity of the lowcountry. 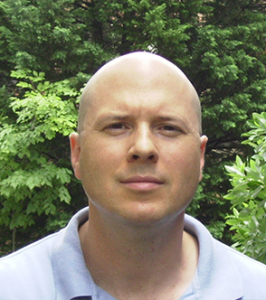 About This Author
David Burnsworth became fascinated with the Deep South at a young age. After a degree in Mechanical Engineering from the University of Tennessee and fifteen years in the corporate world, he made the decision to write a novel. Southern Heat is his first mystery. Having lived in Charleston on Sullivan’s Island for five years, the setting was a foregone conclusion. He and his wife along with their dog call South Carolina home.
Author Links:
www.davidburnsworthbooks.com,
https://www.facebook.com/BurnsworthDavid, https://www.goodreads.com/author/show/7229192.David_Burnsworth?from_search=true,
https://twitter.com/DavidBurnsworth

My review: Southern Heat by  David Burnsworth
4 stars
This mystery is more gritty and violent with twists all around. Never sure where the story was going to take you. From the Wealthiest and respected families of Charleston to the red light district, to a poor neighborhood. To toxic EPA sites.  It starts right off with a murder.
Brack finds his Uncle right as he is shot in a alley.  His Uncle tries to tell him that Ray shot him.  The Police think he was the killer.  It is Brack's birthday.
Brack has been back in Charleston for around six months from a tour in Afghanistan,  He joined after his wife died of cancer.  Now his Uncle died and left him everything.  Brack plans to find out who killed him and why.
He finds out more about his Uncle after his death.  His Uncle was trying to save some land and help some friends.
Brack and a reporter are trying to get answers.  Someone is trying to stop him from finding out what is really going on.
There is plenty of drama, action, mystery and characters that you like and want the best from.  Loveable pets too. It is a tail that has plenty of surprises along the way too.
I do like the ending,  I like how Brack heals and the friends he meets along the way.
I was given this ebook to read and in return agreed to give honest review and be part of Southern Heat book tour.
Tour Participants
May 6 – A Blue Million Books – Interview
May 7 – readalot – Review
May 8 – Tea and A Book – Review, Guest Post
May 9 – Mystery Playground – Interview, E-Book Giveaway
May 10 – Escape With Dollycas Into A Good Book – Review, Print Giveaway
May 11 – fuonlyknew – Review, Print Giveaway
May 12 – Lori’s Reading Corner – Guest Post
May 13 – Omnimystery News – Guest Post
May 14 – View from the Birdhouse – Review
May 15 – Brooke Blogs – Review, E-Book Giveaway