The Guardian by Cindi Myers (The Ranger Brigade #1) 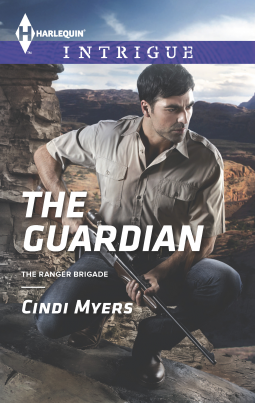 Far from the mountains of Afghanistan, Abby Stewart found solace in the wild country of western Colorado. But after finishing one war, she was caught in another. In securing the crime scene, Lieutenant Michael Dance was more surprised to see Abby than the dead body. How could he forget her face after caring for her wounds and saving her life? And yet she didn't remember him at all. That wouldn't stop him from embarking on a high stakes investigation leading to much worse than murder. And if it helped jog Abby's memory and soften her toward him, he wouldn't leave her side until she was safe once more…

My review: The Guardian by Cindi Myers (The Ranger Brigade #1)

Lots of drama, action and mystery.  There is a love scene that I skipped over easy.  The characters are likeable and I would like to see them again.
There is a task force to work together to deal with National Forrest and park. With FBI Agent, ICE, Border control ect.

Abby Stewart was in the back lands of the park collecting plants.  Trying to find plants for medicine.
While she is out she runs into a woman with a baby collecting plants to eat.  She also heard a bunch of men talking, shots and found a dead man.

Abby was wounded in Afghanistan. Her face is scarred. She has PSTD too.  She is single working on her masters.

Michael Dance  recognized her when she came to the task force to report the murder.  Michael saved her life in Afghan when he was a Air Force pararescuemen.  He could never forget her.  He is still drawn to her. Michael is not a border patrol agent,

Abby and Michael end up working together to find different things in the back country and wind up facing danger.

The setting Black Canyon in the Gunnison National Park in Colorado.

I would like to read more in the Ranger Brigade series.  I want to see what happens next.

I was given this ebook to read by Net Galley and Harlequin.  In return I agreed to give a honest review.
Posted by rhonda1111 at 6:20 PM