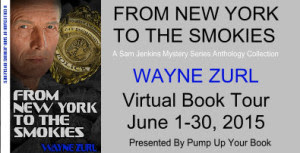 Pump Up Your Book Tours is pleased to bring you Wayne Zurl’s From The New York To The Smokies, a 5 book anthology collection from the Sam Jenkins Mystery Series (Mystery / Police Procedural) June 1-30, 2015. 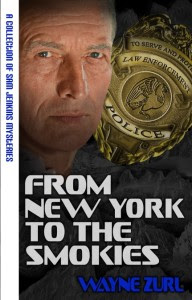 THE BOAT TO PRISON
Seventeen-year-old Sam Jenkins is busy fishing and falling in love with a girl named Kate. But with a father involved with the union and a divorced mother, Sam often finds himself acting like the adult of the family. During a fishing trip off Long Island, Sam overhears a conversation involving dangerous plans that can land his dad in jail.
To keep his father out of prison, Sam teams up with detectives from the county’s rackets bureau and enlists the help of two friends to pull off an operation far beyond their usual high school curriculum.

FAVORS
Police community Service Aide Liz Lopez should be in fine spirits—she’s in line for a promotion to police officer and a raise. But her sullen demeanor tells her boss, Lieutenant Sam Jenkins, that Liz is anything but happy.
Jenkins begins an unofficial investigation to find out what’s going on. The detective learns of a bizarre home life and a dark secret Liz keeps under wraps.
FAVORS is a story of how the police take care of their own—in an honest and compassionate way.

ANGEL OF THE LORD
A killer is on the loose in Prospect, Tennessee. He strikes repeatedly, each time leaving a cryptic message for the police to find. By the time a fifth body turns up, Police Chief Sam Jenkins is under pressure—either solve the murders or bring in outside help.
But the chief’s ego won’t allow others to work his cases. And at the eleventh hour he tracks down a prime suspect, but death is only seconds away for the next victim.

MASSACRE AT BIG BEAR CREEK
A misunderstanding between hunters rapidly escalates into a battle not seen in Southern Appalachia since the Hatfield and McCoy feud.
As bodies pile up faster than evidence, Sam Jenkins and the officers of Prospect PD scour the remote hills and valleys of East Tennessee and North Carolina to solve a case that reads more like an old west adventure than a modern police drama. 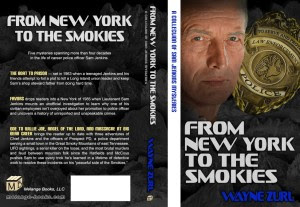 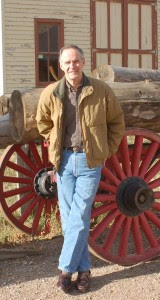 Wayne Zurl grew up on Long Island and retired after twenty years with the Suffolk County Police Department, one of the largest municipal law enforcement agencies in New York and the nation. For thirteen of those years he served as a section commander supervising investigators. He is a graduate of SUNY, Empire State College and served on active duty in the US Army during the Vietnam War and later in the reserves. Zurl left New York to live in the foothills of the Great Smoky Mountains of Tennessee with his wife, Barbara.
Twenty (20) of his Sam Jenkins msyteries have been published as eBooks and many produced as audio books.
Zurl has won Eric Hoffer and Indie Book Awards, and was named a finalist for a Montaigne Medal and First Horizon Book Award. His full-length novels are: A NEW PROSPECT, A LEPRECHAUN’S LAMENT, HEROES & LOVERS, and PIGEON RIVER BLUES.
The all new FROM NEW YORK TO THE SMOKIES, an anthology of five Sam Jenkins mysteries is available in print and eBook, published by Melange Books, LLC.
For more information on Wayne’s Sam Jenkins mystery series see www.waynezurlbooks.net. You may read excerpts, reviews and endorsements, interviews, coming events, and see photos of the area where the stories take place.

My review: From New York To The Smokies by  Wayne Zurl ( Sam Jenkins msyteries)

4 STARS
This is a collection of 5 short stories about Sam Jenkins.  The first one starts out when he is only 17 years old in New York. They are from all different times in his life.  They are Police procedurals mysteries.

If you are a fan of Sam Jenkins mysteries you will want to read these stories.  If your new to them it is a good introduction to his life.  Sam Jenkins is from New York and worked for years as a Police detective and then he retired and became Police Chief in Prospect, Tennessee.  A big change for him.

Some of these are more mystery and others have you smiling.  I like Sam.
One thing I don't personally care for are the swearing.  I know it does not bother some people.
There is some violence but no sex scenes.

These 5 stories can all be read alone.  So if you just have time to read one of them and then have to wait till you can pick it up again it is easy to do.

My favorite story is Ode to Willie Joe.  It made me smile for part of the story.  I also liked the Boat to Prison.  Seeing a young 17 year old Sam doing the right thing.  Also shows a more of his personal life.

I was given From New York to the Smokies to read and in return agreed to give a honest review of it and be part of it's Virtual book tour.

Thanks for inviting me to your blog to introduce my new book. And thanks for taking your time to read and review FROM NEW YORK TO THE SMOKIES.