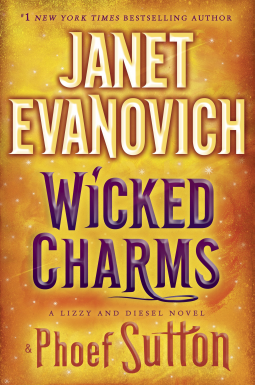 Murdered and mummified nearly a century ago, notorious bootlegger Collier “Peg Leg” Dazzle discovered and re-hid a famous pirate's treasure somewhere along the coast of New England. A vast collection of gold and silver coins and precious gems, the bounty also contains the Stone of Avarice—the very item reluctant treasure seeker Lizzy Tucker and her partner, Diesel, have been enlisted to find. While Lizzy would just like to live a quiet, semi-normal life, Diesel is all about the hunt. And this hunt is going to require a genuine treasure map and a ship worthy of sailing the seven seas . . . or at least getting them from Salem Harbor to Maine.

Greed is eternal and insatiable, and Lizzy and Diesel aren't the only ones searching for the lost pirate's chest. People who have dedicated their entire lives to finding it are willing to commit murder or make a deal with the devil just to hold the fortune in their hands. One of those people may even be Wulf, Diesel's deceptively charming and enigmatic cousin. Wulf desires the Stone of Avarice. He also desires Lizzy. It's hard to say how far he's willing to go to gain either one.

Wicked Charms is a swashbuckling adventure full of raiders, monkeys, minions, and mayhem. Lizzy and Diesel are going to have to do everything they can to keep their heads above water and hope they're living a charmed life.

Janet delivers another funny novel with the Lizzy & Diesel characters.  Lots of banter between characters, destruction of property, magical people, all going after pirate treasure, cursed diamond and powerful stone.

Lizzy Tucker is a baker who adds a touch of magic to her bake goods.  She is a seeker one of only two alive that can find the power stones.  She is partnered with Diesel to find the stones before Wulf can.

They have to find eight pieces of silver coins that will with the help of treasure map lead to a famous diamond that will glow when it gets near the Stone of Avarice which is hidden with a pirate treasure worth millions.

Of course there are people searching for the pirate treasure that are willing to kidnap or kill to find it.  Even Wulf and Diesel are willing to work together to keep the Stone of Avarice out of the wrong hands.

There is non stop action and drama as they race to find the stone and the treasure that is hidden of the East Coast.

I like this series.  I look forward to the next one.

I was given Wicked Charms to read by Net Galley and  Random House Publishing Group - Ballantine  In return I agreed to give a honest review of Wicked Charms.
Posted by rhonda1111 at 5:14 PM