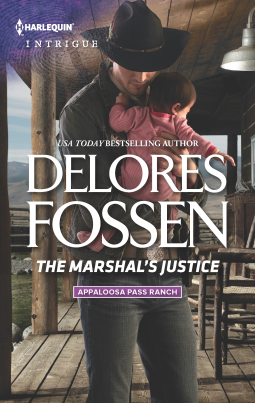 A Texas lawman will move heaven and earth to keep his former lover and their infant daughter safe
A shoot-out on the banks of Appaloosa Creek is the last place marshal Chase Crockett expects to find his ex-lover. Former criminal informant April Landis is supposed to be in WITSEC awaiting the birth of their child. But the desperate woman caught in the cross fire isn't pregnant.
Telling Chase he was a father—two months early—wasn't an option with murderous thugs targeting April and their infant daughter. Despite the violence that divides them, her only prayer is to trust the Texas lawman sworn to protect his family. Until desire ambushes them again, leaving April and Chase at the mercy of a past with no promise of a future.
File Size: 2764 KB