The Reluctant Bridegroom by Shannon Farrington 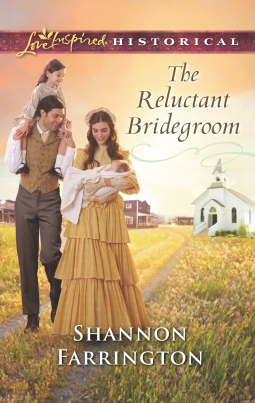 Conveniently Wed
Marriage for any reason but love was once unthinkable to Maryland councilman Henry Nash. But when an innocent encounter with a criminal puts Henry's reputation in jeopardy, he'll make any sacrifice to maintain custody of his orphaned nieces. And an alliance with a powerful politician's daughter could secure the little girls' futures. As long as gentle Rebekah Van der Geld never hears the rumors surrounding her new groom…
Refusing her father's choice of husband wasn't an option for dutiful Rebekah. But Henry's kindness is a happy revelation, and she's quickly falling for his adorable nieces—so she allows herself to hope this unconventional arrangement could become much more. But can it survive a shattering revelation that puts their new family in danger?