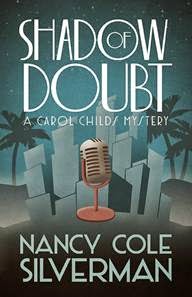 Synopsis:
When a top Hollywood Agent is found poisoned in the bathtub of her home suspicion quickly turns to one of her two nieces. But Carol Childs, a reporter for a local talk radio station doesn’t believe it. The suspect is her neighbor and friend, and also her primary source for insider industry news. When a media frenzy pits one niece against the other—and the body count starts to rise—Carol knows she must save her friend from being tried in courts of public opinion.
But even the most seasoned reporter can be surprised, and when a Hollywood psychic shows up in Carol’s studio one night and warns her there will be more deaths, things take an unexpected turn. Suddenly nobody is above suspicion. Carol must challenge both her friendship and the facts, and the only thing she knows for certain is the killer is still out there and the closer she gets to the truth, the more danger she’s in.
About The Author 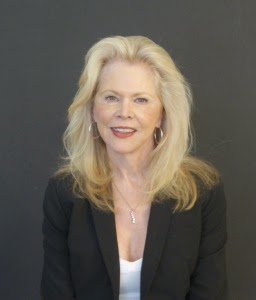 Silverman believes her twenty-five years in radio help her to develop an ear for storytelling. In 2001 she retired from news and copywriting to write fiction fulltime. Much of what she writes she admits is pulled from behind the headlines of actual events that were reported on from some Los Angeles busiest radio newsrooms where she spent the bulk of her career. In the last ten years she has written numerous short stories and novelettes some of which have won awards &/or been picked up for publication. Currently she has three audio books with MindWings Audio. Her first novel, The Centaur’s Promise, was published by Eloquent Press in 2010.  In December, Henery Press will roll out the first of Silverman’s new Carol Childs Mysteries, Shadow of Doubt.
Author Links
WEB: www.nancycolesilverman.com
FOLLOW:  www.twitter.com/nancycolesilve1
LIKE:  www.facebook.com/pages/nancy-cole-silverman


My review: Shadow of Doubt (A Carol Childs Mystery)

I was kept guessing until the end. Good suspense. Lots of drama, some action and a clean read. Interesting characters.
I liked Carol Childs, she did her job, fought for her friend, Sam who she was sure was innocent. She kept digging to help find the killer.

Top Hollywood agent was found dead. Carol Childs was one of the first to find out about it when her neighbor woke her up to use her phone. Sam said, "Her Aunt Pepper had died in the bath tub."

Sam and Sarah twins both thought the other killed their Aunt Pepper.

Carol's boyfriend Eric was a FBI Agent. They were on the case when there was multiple victims.

Misty a Hollywood psychic was stalking Carol or so she thought. Misty even worked with the FBI on occasion. She kept warning Carol of danger.

I read the book pretty fast because I really wanted to know who the murder was. I kept jumping around on who I thought it was.

I would read another book by Nancy Cole Silverman.

I was given this ebook to read by Net Galley and Henery Press. In return I agreed to give honest review of Shadow of Doubt and be part of its blog tour.

Looks like I may have found another new author that I want to try. Thanks for the review.