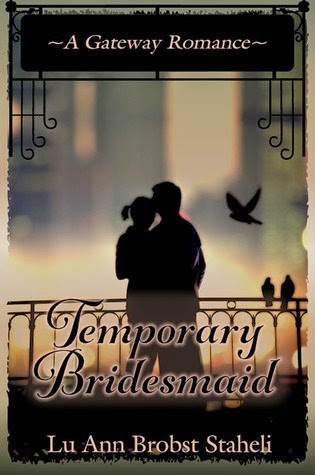 Clean Contemporary Romance
242 Pages
Jenny Grant has given up on men, and therefore her dream of ever getting married. But when James Cox comes to work in her building as a temp, she has to convince herself to stay true to her new conviction. All around her, everything is falling apart in her life. She’s been asked to be the Maid of Honor for her best friend’s wedding—leaving Jenny the last single in her group—her mother’s forgetfulness has progressed to a level that might prove dangerous, and the raise and promotion Jenny longs for may not be within her reach. When a man who looks like James steals her wallet her distrust of men rests on his shoulders.
James Cox has no idea why he has given up his position as a California CEO to move to Salt Lake City, but he’s certain it isn’t to find a bride. When the call comes for a temp position at a computer programming company, he figures this must be why. But his co-workers are not always easy to get along with, especially the fiery-tempered woman named Jenny Grant. If he didn’t find her so beautiful and interesting, it might not matter. Except that it does.

“LuAnn Brobst Staheli doesn’t usually write in the Romance genre, but she’s a talented writer and gave it a try. The result is Temporary Bridesmaid, a fun look at romance after thirty.” ~ Meridian Magazine

This is full of drama, lots of characters. It felt like real situations. Real frustrations of being single or even married. I did not like a lot of the characters.  We saw only the bad side of a few characters.

Jenny Grant is frustrated that she is still single. Her last single friend is getting married.  I want to like her but did not see much to like. Jenny has been asked to be a bridesmaid again.

James Cox I did like.  He sold his company and moved to Salt Lake City,  UT.  He takes a temp job because he wants to work with computers.  He has money so finding a job just to pay the bills is not a concern.

Stephie and her husband Phil is the second story told. They have moved back east for Phil's graduate school.  Phil is very controlling.  Phil has isolated Stephie without a phone, job and he comes home plays games and ignores her unless to yell or complain about her.

I liked Stephie and wanted to see more of her story.  I would rather of had more of her. She is one of Jenny's friend that had gotten married this year.

I was given this ebook to read and in return agreed to give honest review of Temporary Bridesmaid.
Posted by rhonda1111 at 6:02 PM