What Good Men Do by David Baxter blog tour

What Good Men Do by David S. Baxter 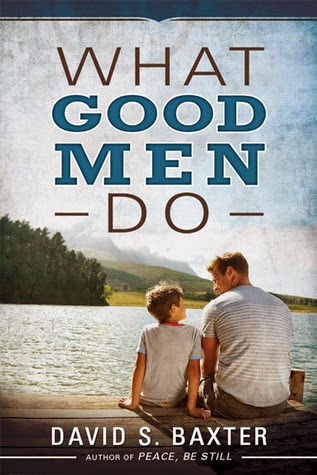 About the book:
From slavery abolitionist William Wilberforce to Olympic gold medalist Eric Liddell, great men throughout history have left an example for us to look to. Elder David S. Baxter takes a closer look at the characteristics and attributes of good men so that you can apply them too. He acknowledges that there are no perfect men, but the works and attributes of good men have profound effects. There is no end to the good that a man can do.


About the author:
David Baxter was born in Stirling, Scotland, and became a General Authority of the Church of Jesus Christ of Latter-Day Saints in 2006. He previously worked in senior leadership roles in the telecommunications industry, and on the boards of various UK Government agencies, and holds a BSc degree in economics. In his Church service he has been a bishop, a stake president, a member of a mission presidency, and an Area Seventy. He has served in Church area presidencies in Europe and the Pacific. His early home life was traumatic and disrupted, and in 2009 he underwent surgery to remove two brain tumors. He and his wife, Dianne are the parents of four children and nine grandchildren.
My review: What Good Men Do by David S. Baxter

This is a look at some good men and what they did and why they did it.  What can inspire others to become. These men are not without faults but they kept trying to do what is right.
Some who were Olympic athletes who put their beliefs over what the world wanted.  Politics who made a difference to end slavery.
It uses data to show how important a good father is to his sons. Also shows how bad choices can effect his children and grandchildren.
This book is aimed at men and boys to help make good men, but it also works for women.
with topics do the right thing, Honest, follow Christ, and service to your fellow man. See something wrong than stand up and change it.
The stories are interesting and I would like to read more about these men that David Baxter used for example. Some of them I had heard a little about them and others just their name.
We can all be a better person today and be good example to those around us.

I was given this ebook to read by Cedar Fort Publishing so I could give an honest review of What Good Men do and be part of it's blog tour.