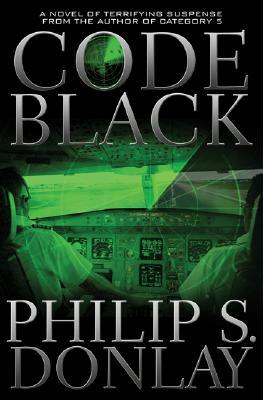 As a blizzard bears down on Chicago's O'Hare airport, a critical air traffic control facility is shut down by a grisly accident. When the radar comes back up, two planes have collided. Wayfarer flight 880—half the roof ripped away—flies on. Seated amid dead and dying passengers is Donovan Nash, a pilot who fights decompression and oxygen deprivation to make it to the shattered cockpit. With the help of Audrey Parrish—a woman from his concealed past—and a handful of survivors, Donovan struggles to keep the 737 airborne. Dr. Lauren McKenna waits for Donovan, her fiancé, to arrive only to hear that something has gone awry with the flight. Lauren must convince Henry Parrish, an unlikely ally, to help her save the man she loves. Together, Lauren and Henry have to stay one step ahead of the airline, as well as heightened security, to execute a daring rescue to save Donovan and the others on flight 880.

Code Black is exciting, emotional, full of drama.  It does have a lot of gorrey scenes which might happen in real life scenes of plane accidents.  This is the second book of the Donovan Nash series.

It is a week before Donovan and Lauren's wedding.  Donovan is a passenger on a Wayfarer flight 880 heading to Chicago's O'Hare and a bad winter storm.  When two airplanes collide in midair.

Part of the plane roof is missing.  The plane is out of control, some passengers, baggage were sucked out of the airplane.  Passengers are fighting over the oxygen masks that come down.  Donovan helps and makes his way to the flight deck.

The co-pilot is dead and captain is out.  Donovan starts flying the plane.  There is no equipment working right.

Lauren was on the phone with Donovan when he saw the plane coming at them and told her they were going to crash.  Lauren tries to get someones attention and tell them about the crash.

There is action and drama both in the air and at the airport as they try and figure what to do next.
Donovan Nash works for a science company nonprofit.  But he has a secret that few know.  He is a billionaire who faked his own death.  He does not want the world to know.

He realizes that someone on the plane was from his old life.  He is afraid that she will realize who he was.
I did like it but so far not my favorite of the three Donovan Nash books that I have read this week.  I have a couple of more books of the series ready to read.

I bought this ebook on Amazon.