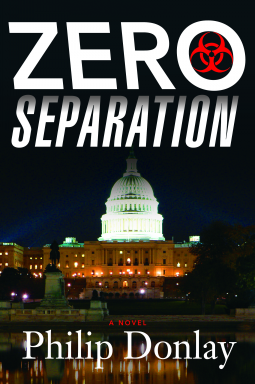 Donovan Nash has a secret he'll do anything to keep. But he's the prime suspect after someone steals a fifty million dollar executive jet, and FBI agent Veronica Montero put him squarely in the crosshairs. As she digs, she discovers Nash's secret -- a revelation that, if made public, would stun the world. Operating on her own agenda, Montero blackmails Nash into helping her hunt down a man she wants dead.

Powerless against the information Montero holds, Nash is forced into a situation far deadlier than either of them could ever have imagined. The man they are after isn't the criminal they expect, he's a terrorist with a plan to use the stolen jet to carry out an unthinkable and devastating act that could plunge America into the most heinous conflict since World War II.

When Nash and Montero are taken prisoner aboard the stolen jet, they will have only one opportunity to execute a daring midair attempt to stop the attack. Success could cost them their own lives, but failure could cost millions of innocent lives.
My review: Zero Seperation by by Philip Donlay  (Donovan Nash #3)

This is book three in the Donovan Nash.  It is a thriller to the end.  I can't wait till I read the next book in the series. There is a lot of drama, mystery ,action and danger on every page,  I was never sure where the story was going to take me to next.

As with the other story follows the action of two people Donovan Nash and his wife Dr. Lauren McKenna.

Donovan Nash works for non for profit company as pilot and basically runs the company.  They research the planet and try to understand it. They have the best equipment labs that different groups can use.
He also has a secret that only a handful know. He used to go by a different name and had faked his death.  He is also a billionaire.

Dr. Lauren McKenna is married mother of one little girl who is married to Nash.  She is smart,  beautiful and works for the DIA.

Donovan and his co-pilot Michael have flown into Boca Raton after getting struck by lightning.
While Donovan is inside the plane still Michael is outside someone shot Michael.  Which leads Nash to being blackmailed by a FBI Agent Veronica Montero.  She will reveal his secret unless he helps her catch a bad guy.

This story takes us many places before we figure out who the terrorist is targeting and why.  Nash is not sure who to trust.  He has a plan to flee if his past comes out.  He does not want his daughter to be known as his heir.

Some violence , car chases even plane chases, before it ends. Which the ending was not what I wanted but since I read book 6 first I knew some of the events in their lives had to happen.  You can read the books by themselves but I have liked reading the rest of series in order.

I was given this ebook to read by NetGalley and Oceanview Publishing.  In return I agreed to give Zero Seperation a honest review.