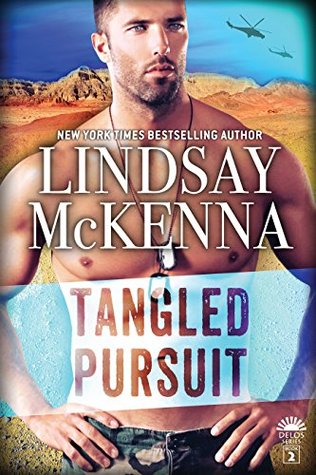 Navy SEAL Chief Wyatt Lockwood is fascinated by Marine sniper Captain Talia Culver. But she wants nothing to do with him after learning of his reputation as a heartbreaker. The cocky Texan refuses to take the hint and keeps placing himself in Tal’s path. When she agrees to help him tend to needy families in an Afghan village, she learns there’s more to this SEAL than meets the eye. But is she strong enough to risk having her heart broken again?

Wyatt can’t stay away from the beautiful, surly Marine. Tal is fascinating—and frustrating—and he is determined to crack through her tough exterior and get to know the soft woman he knows lurks beneath the surface. When he joins Tal on a sniper mission in the Afghan mountains, their bond continues to grow. But the mission takes a dangerous turn. Has he lost his chance with Tal forever?
File Size: 3591 KB Print Length: 303 pages Publication Date: November 11, 2015

This is book 2 of the Delos series.  It is set in Kabul, Afghanistan region.  This is mostly a military romance book.  There is plenty of drama, love scenes, action.

I love  Marine sniper Captain Talia Culver and her family.  I love the scenes they have together, the love, the gifts and how they reach out and help others.  Would have loved to see more of them.

Talia Culver even though she is a Captain still goes out on missions.  She lost one boyfriend to the war and is not looking to get involved with another person in the military.  She is oldest of three children.

Her father is US Air Force General Robert Culver.  Her Uncles own the two biggest shipping business and are billionaires.  Her mother runs Delos charities  around the world.  Because of attacks on one of the charities they are building their own security agency Artemis Security to protect them.  Talia will be the CEO of it when she resigns her commission.

Navy SEAL Chief Wyatt Lockwood has been after Talia for the past three years.  He knows she is forbidden because  he is enlisted and she is a officer.  Talia has not shown any interest in him, but he does not given up.  He is friends with her brother.

They end up alone together on the Afghan border as snipers.  I am getting tired of the Afghan military settings and look forward to different settings in the future.

I was excited to read this book from Lindsay I made the mistake of starting it late last night. It was hard to put down.

I was given this ebook to read by Lindsay in return for honest review of Tangled Pursuit.