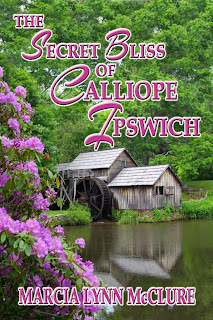 “Oh! Do link arms with me, Calliope,” Blanche whispered, her brown eyes widening with apprehension. She took Calliope’s arm, tightly linking it with her own. “The old Mulholland house still gives me the willies every time I walk past it. I hate to think on what might have gone on inside. It’s truly terrifyin’!”
“Oh, don’t be silly, Blanche,” Calliope said, feigning calm. “Poor Prudence’s lunacy…it’s sad. And besides, her fiendish acts were not committed inside the house. There’s nothing wrong with it. It’s just…it’s just a sad, empty building.” Calliope Ipswich felt the hypocrite, however, as an uncomfortable shiver of residual dread and unease shuttered down her spine,

More than six months had passed since the All Hollow’s Eve when the dangerous state of Prudence Mulholland’s fracturing mind had been revealed to the townsfolk of Meadowlark Lake. And now, each time Calliope thought of poor Prudence and her family, not only did her heart ache for their family’s unhappy lot but a chill of lingering horror rippled through her being.
In truth, at times Calliope wondered if it had all been simply a bad dream—a nightmare. But it hadn’t. It really had happened—all of it 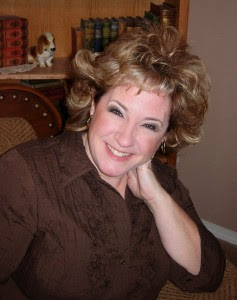 Marcia Lynn McClure’s intoxicating succession of novels, novellas, and e-books, has established her as one of the most favored and engaging authors of true romance. Her unprecedented forte in weaving captivating stories of western, medieval, regency, and contemporary amour void of brusque intimacy has earned her the title “The Queen of Kissing.”

Marcia, who was born in Albuquerque, New Mexico, has spent her life intrigued with people, history, love, and romance. A wife, mother, grandmother, family historian, poet, and author, Marcia Lynn McClure spins her tales of splendor for the sake of offering respite through the beauty, mirth, and delight of a worthwhile and wonderful story

This is charming western romance. I have never heard of a Tom Thumb wedding but it would be fun to see. I loved the play and how everyone got involved. This story had romance, a hero, outlaws, gun battle, cute characters.

Everyone thinks that Calliope and Fox are a couple except Calliope. Her heart has already been taken but no one knows or do they.
Calliope gets the idea to put on a Tom Thumb wedding and get the town involved in it.

The Ipswich girls play together. The two oldest at home are not afraid to play with their younger sister.it is playing ponies or catching frogs. They love Shay and their new step-mom.

Calliope Ipswich is the youngest at home at 17. She is beautiful.

Shay is very young a step-sister. She is part gypsy and claims to know lots of secrets that people don't think anyone knows yet. She gets to be the bride.

Rowdy has lots of secrets about his past. He owns the saw mill but no one knows except the last owner that sold it to him. He does not think Calliope could like him. But Shay makes a friend of him.

This is a pretty clean book. Lots of kissing, lots of love and lots of laughter. It makes for a good story to savor.

I like how after the story is over Marcia Lynn McClure tells little bit about writing a book she calls them Snippets. Like her photo of a Tom Thumb wedding or how she used to play kiss and chase. (I remember playing that in the neighborhood too. I like reading her facts about what she learned or why she added something to the story.

I was given this ebook to read and in exchange agreed to give honest review of The Secret Bliss of Calliope Ipswich.

Open only to those who can legally enter, receive and use an Amazon.com Gift Code or Paypal Cash. Winning Entry will be verified prior to prize being awarded. No purchase necessary. You must be 18 or older to enter or have your parent enter for you. The winner will be chosen by rafflecopter and announced here as well as emailed and will have 48 hours to respond or a new winner will be chosen. This giveaway is in no way associated with Facebook, Twitter, Rafflecopter or any other entity unless otherwise specified. The number of eligible entries received determines the odds of winning. Giveaway was organized by Kathy from I Am A Reader and sponsored by the author. VOID WHERE PROHIBITED BY LAW.