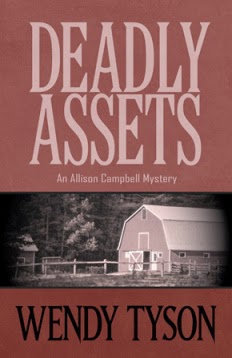 An eccentric Italian heiress from the Finger Lakes. An eighteen-year-old pop star from Scranton, Pennsylvania. Allison Campbell’s latest clients seem worlds apart in every respect, except one: Both women disappear on the same day. And Allison’s colleague Vaughn is the last to have seen each.
Allison’s search for a connection uncovers an intricate web of family secrets, corporate transgressions and an age-old rivalry that crosses continents. The closer Allison gets to the truth, the deadlier her quest becomes. All paths lead back to a sinister Finger Lakes estate and the suicide of a woman thirty years earlier. Allison soon realizes the lives of her clients and the safety of those closest to her aren’t the only things at stake. 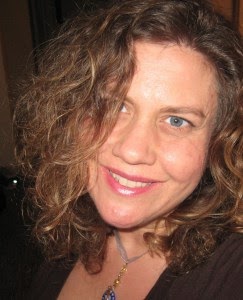 Wendy Tyson is an author, lawyer and former therapist whose background has inspired her mysteries and thrillers.  Her latest novel, DEADLY ASSETS, the second in the Allison Campbell mystery series, was released on July 22. The first Campbell novel, KILLER IMAGE, was named a best mystery for book clubs in 2014 by Examiner.com and the third Campbell installment, DYING BRAND, is due to be released on May 26.  Wendy lives on a micro-farm near Philadelphia with her husband, three sons and two muses, dogs Molly and Driggs.
Author Links:
Webpage: www.WATyson.com
Facebook:  www.Facebook.com/wendytysonauthor
Twitter: @wendytyson


My review: Deadly Assets by Wendy Tyson
4 STARS
Deadly Assets has twists and turns some I saw and others I did not.  Did not want to put the book down till I was through. Allison Campbell and those close to her are back in this second mystery.
I like Allison and friends.
Allison Campbell owns her own business. She is a image consultant. She is divorced to Jason who is her boyfriend. She bought her business from her Mia her mother-in-law.
Vaughn works with Allison.  He takes care of his twin brother. He changed his life after his brother got shot when they were teenagers.
They have two new clients. One a Italian heiress from Finger Lakes.  The second is a shy eighteen year old from Scranton, Pennsylvania.  They both go missing on the same day and the last one to see them last was Vaughn. Neither family really wants to involve the police.  Vaughn is interviewed though.
Allison, Vaughn, Mia and Jamie are not going to just let go.  They are determined to find out where the women are.  Are they even connected?
There are lots of secrets, mob, someone is following Allison. There is danger around them.  There is a love scene.  Not sure what I think of the ending.  It works though.  I look forward to seeing what happens next with Allison and her friends.
I was given this ebook by Net Galley & Henery Press.  In return I agreed to give Deadly Assets a honest review and be part of Deadly Assets blog tour.
a Rafflecopter giveaway

Secrets can make for terrific stories! Your book sounds intriguing.

Thanks so much for sharing!

Thank you, Karen and Rowena! And thanks to Rhonda for being part of the Great Escapes tour! ~WAT