Blog tour: ‘Out of the Ashes by Alicia Buck ! 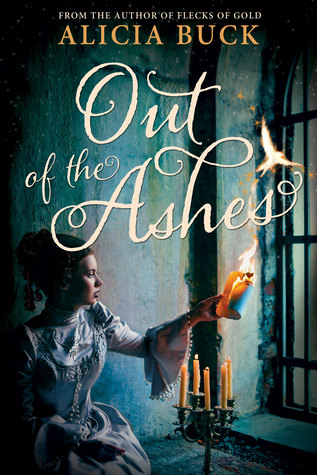 About the book:
When Ashelandra’s father dies, she ends up a servant in her own house, instead of the Baroness she was supposed to become. But Ash’s secret sorcery could be the key to winning back her home and following her heart to a future she never imagined. This fantasy-infused Cinderella story puts a magical twist on a classic tale. Riveting and original, it’s a spellbinding read.

Alicia Buck was born in Salt Lake City, Utah on a cold November day and has hated the cold ever since. Luckily, she lives in the desert now with her husband, Jason, and three children. Alicia loves to read, and goes through book craze phases where she reads a book a day until guilt kicks in and she tries to do something productive like get back to work writing and fix the disaster her home has become. She graduated from Brigham Young University with a bachelor’s in English, and had to constantly defend her major when she had absolutely no desire to teach. Out of the Ashes is Alicia’s second novel.

My review: Out of the Ashes by Alicia Buck

I really enjoyed Out of the Ashes.  It is loosely a Cinderella story with lots of twists and turns. I never knew where the story would take me.  Full of magic, romance, with a feisty heroine.

Ashelandra (Ash) mother was a sorceress who died giving birth to her.  Her father died when she was 17 and she was left with a Uncle as guardian Lord Richard.  Ash was full of life and she was teaching herself magic out of her mother's books. She loves to play pranks and be outdoors.

Lord Richard and his two children moved into Ash's house.  He had complete control over her and her house till she turned 21.  He did not approve of Ash and kept punishing her.  Till she was a servant in her own home.

Of course there was Prince Phillip

Ash found out that her home had secret tunnels and hiding spots that no one else knew about.  She was able to hide her magic books and escape into the woods to practice magic when she was locked into her room.

The setting was 1747 in a Kingdom that had banished magic and its creatures 30 years ago.  Till there was only one  sorcerer left in the Kingdom and he was at the castle.

I did not want to put the book down till I had finished reading the book.  I would love to read more books by Alicia Buck.