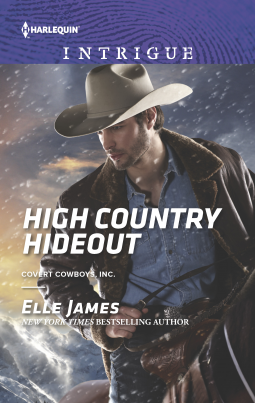 Ranching was Angus Ketchum's first love—until his last tour of duty shattered that dream. The wounded ex-soldier gets his second chance when he's recruited to go undercover to protect a widowed ranch owner. But from the moment he meets Reggie Davis, Angus can tell holding on to her land and keeping her young son safe is taking its toll. Especially when someone threatens her livelihood and her life. As the attacks escalate, Angus must rely on his combat skills to keep Reggie and her boy alive. And he must rely on his commitment to the mission to keep their powerful attraction in check.

Good suspense. Plenty of drama, action, love scenes with characters that are interesting.  This is the 5th book of the Covert Cowboys, Inc but my first I have read in this series.

Angus Ketchum was a ex-soldier.  He was wounded and has some self image issues.  He has been hired as a body guard, cowboy. Though Reggie doesn't know it. He grew up on a ranch in Texas.  Angus has a dog called Ranger.

Reggie Davis is a widow.  She is independent.  Reggie is working the ranch and determined that her 5 year  old Tad will inherit the ranch.

I like Tad. He is a cute kid who loves to play with dogs.

There are attacks on Reggie and things are going wrong on the ranch.  At first seams like accidents but someone thinks Reggie is in danger.  When Angus appears on the ranch things start to escalate in danger.

I think Reggie and Angus turn into each other awfully fast considering where they are in life.  But the whole story happens in a real short time frame.

The setting is Fool's Fortune, Colorado.  On a ranch in the mountains.

Overall I enjoyed reading High Country Hideout.  I would like to read more books in the Covert Cowboys, Inc.  See how & why the company was formed..

I was given High Country Hideout to read for free from Harlequin and Net Galley and I agreed to give honest review in turn.