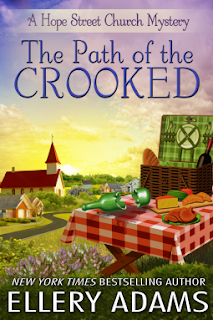 Welcome to Hope Street Church, where friendships are formed, fresh starts are encouraged, and mysteries are solved.

Cooper Lee was at a crossroads. Her boyfriend of five years had just left her for another woman, she was living in an apartment above her parents’ garage, and her job as a copier repairperson was feeling a little, well, repetitious. Hoping for a fresh start and a new outlook on life, she joins the Bible study group at Hope Street Church. The last thing she expects while studying the Bible is a lesson in murder.

When Brooke Hughes, the woman who first invited Cooper to Hope Street, is found murdered in her home, all signs point to her husband as the culprit. But Wesley Hughes was an elder at Hope Street Church, and the members of the Bible study are filled with disbelief that such a kind and loving man could take a life, much less his wife’s. Unwilling to let an innocent man and friend be railroaded into prison, the Bible group decides to investigate on their own.

As Cooper and this humorously diverse group of people—including a blind folk artist, a meteorologist with a taste for younger women, and a soft-spoken web designer who might be out to catch Cooper’s eye—dig deeper into the clues, they’re about to discover that finding the truth sometimes takes a leap of faith.

The Hope Street mysteries were originally published by St. Martin’s Press and written under the name Jennifer Stanley. The titles, in order, were Stirring Up Strife, Path of the Wicked, and The Way of the Guilty.

I have completely rewritten all three novels and am now publishing them under the name Ellery Adams as The Path of the Crooked, The Way of the Wicked, and The Graves of the Guilty.

If you’ve read the original books, you will find the basic plot of the above titles unchanged. My intention was to polish the writing in each installment and rerelease the novels as crisper, cleaner, more engaging books. Stay tuned for forthcoming novels in the Hope Street mystery series as well.

Thank you for supporting cozy mysteries. 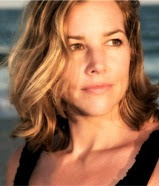 New York Times Bestselling author Ellery Adams grew up on a beach near the Long Island Sound. Having spent her adult life in a series of landlocked towns, she cherishes her memories of open water, violent storms, and the smell of the sea. Ms. Adams has held many jobs, including that of caterer, retail clerk, car salesperson, teacher, tutor, and tech writer, all the while penning poems, children's books, and novels. She now writes full-time from her home in Virginia.


My review: The Path of the Crooked by Ellery Adams( A Hope Street Church Mystery #1)

4 STARS
This book is a reprint that was called Stirring Up Strife by Jennifer Stanley. She has rewritten them but the basic plot is the same. I did not read the story the first time around.
I enjoyed The Path of the Crooked. I plan to read the next in the series The Way of the Wicked.
Cooper Lee gets invited to come to church and ends up in a bible study class. So there is a lot of talk of the bible, prayer. It fits right into the story. So this is full of mystery, romance, likeable characters and drama in a clean read.

Cooper is at time of change in her life. Her boyfriend had dumped her, She has moved back home to apartment over her parents garage.
No real friends. She is invisible at work most of the time. She gets invited to Church by Brooke Hughes one day while she is fixing her copier. She arrives at wrong time and gets taken to a bible class.

Cooper meets a lot of new people in the class and before it ends they find out that Brook was murdered and her husband has been arrested for it. The Bible class does not believe Wesley murdered his wife Brook. They want to help prove he is innocent and find the guilty person.

I like the cast of characters in the bible class. They work together to help each other and other members of their church and neighborhood when they see a need.

Cooper soon is involved in helping others and makes more friends along the way.

There are a lot of food talked about in this book and at the end of the book is recipes for some of the food. It does make you hungry for fresh homemade cookies.

I was given this ebook from Net Galley Beyond the Page Publishing so I could give a honest review of The Path of the Crooked.