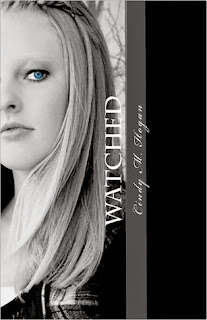 It takes more than a school trip to Washington, D.C. to change fifteen-year-old Christy's life. It takes murder.

A witness to the brutal slaying of a Senator's aide, Christy finds herself watched not only by the killers and the FBI, but also by two hot boys.

She discovers that if she can't help the FBI, who want to protect her, it will cost her and her new friends their lives.

Young Adults, teens, and adults will love this exciting suspenseful adventure with a dash of romance. You won't want to put it down
Paperback, 348 pages

This is the first book in a trilogy and spinoff books. I actually had read her new book first and then bought the next 4 books.

This is a good story, lots of drama, action, mystery, romance and characters you want to see more of. It does have some violence, but it is good guys against bad guys.

Christy is the main character. She is 15 on a special trip to Washington D.C. She won a scholarship. She is bright and smart but socially backwards. She can remember everything she sees. She wants to change while she is gone.

Christy and the seven others of her mini group have snuck out after curfew. They sneak into a hotel too use the restrooms. Christy hears something in the vent. She climbs on toilet seat because she wants to make sure nobody is up there taking pictures. She gets one of the other girls to look with her and while they are looking down in the ballroom below they see a Senator, plus a bunch of men and see someone get killed.

The other girl faints and makes noise and soon even the boys come in and look. They get caught sneaking out but the terrorists are not sure if the kids actually saw anyone. But they are followed.