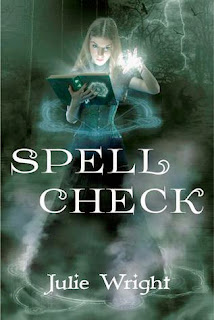 A skeleton is rattling its way out of the closet marked “FAMILY SECRET! KEEP OUT!”
Allyson Peterson believes that being hanged by the Salem High Witches is the absolute worst thing that can happen. But when her powers, wrested from the trolls of ancient Sweden, manifest themselves, she realizes that a prank hanging by vindictive cheerleaders is the least of her worries.
Ally accidentally sends her parents to the jungle to fight anacondas, turns her brother into a mute, and curses the entire cheerleading team with an illness that has no cure, proving that her spells need a little checking. Her Swedish grandmother shows up to help her through the worst part of all—surviving the Troll Trials and saving the guy of her dreams from a vengeance that has festered through-out generations.
The power is in her, if she can just get the magic right.
Paperback: 218 pages
Publisher: Heart Stone Press; 1 edition (June 10, 2014)
Language: English
ISBN-10: 1941849008
ISBN-13: 978-1941849002

Spell Check is full of drama, action, teenage drama, magic gone wild, humor and characters that you like. Also it is a clean read. it grabs your attention right off.
It is almost Halloween and Ally has agreed to help the cheerleaders film a skit. She is going to be hanged as a witch. When Ally is hanging from a tree things go wrong fast. Ally starts wishing bad things to happen to them. It comes true.

Ally has just turned 16. Her parents are divorced for two years now. They still fight when ever they get together. So when Ally realizes her wishes are coming true. She tries to wish her parents to stop fighting with each other and get back together. They then disappear.

How many times do you say you wish something to happen when your mad or frustrated? Ally says it a lot but her wishes are coming true. She tells her brother she wished he would stop talking and he goes mute. She really did not want that to happen.

Her grandmother from Sweden comes to help Ally to find her parents and undo the trouble she caused from her wishes. She also needs to be prepared to be tested by the Troll King on Halloween. Time is running out.

I did not put the book down last night till I had finished the book.

The suspense of what was happening to Ally and why was good. Ally's crush and first date was cute. The action when she ended up rescuing her parents from the Amazon was good and funny. It was fun to read.

I would say that any age could enjoy this story. Probably start in middle school.

I was given Spell Check to read by Author so I could honestly review it.