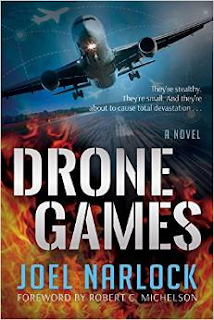 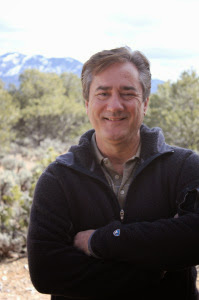 Joel Narlock was born in La Crosse, WI and grew up hunting, fishing and raising a beautiful family. He’s experienced in corporate finance and small business management. He plays guitar and has performed in various local venues. He wrote his first novel about unmanned aerial vehicles (UAVs) in 2003. He and his wife, Terri have two wonderful adult children and two wonderful grandchildren. He lives in Key West and took first place in Key West’s 2013 Mystery Fest Short Story Contest. He and his wife are active members of the Key West Sunrise Rotary Club. He enjoys an annual Canadian fishing trip with family and friends.

Wow what a scary ride. It sets up a very realistic book in my mind. I hope Riley is wrong. I thought it did a good job explaining why we are such a big target for extremists. Why the airlines are so important for the economy. What Drones are and what they could do in the future.

The last half of the book I did not want to put the book down. The ending left me with a song going through my head. Sure left me with thinking a little different about that song.

The story for part of the book was told by the terrorists. Their plan was complex and showed how they think out of the box.

The plot is they come up with an idea to use drones in a way that takes down two airplanes within 8 hours of each other and it shuts down till they figure out what is causing the planes to crash.

The science they use is out their. It can be a scary thought of how easy it is to kill people if you want too and don't care if you live or die.

The setting for the most part is the United States.

I was given this ebook to read so I could give an honest review and be part of its blog tour of Drone Games by Joel Narlock.

From the author: While millions of Americans go about their daily lives, halfway around the world al-Qaeda hatches a deadly new terror plot. The target: US commercial aviation. It’s unthinkable in its devastation. It’s brilliantly easy in its execution. And it’s capable of bypassing all the security measures the United States has implemented in the decade since 9/11.

“We must change the way we think, Ali,” Al-Aran said. “Our targets must be economic. Bin Laden knew this, and now Zawahiri has also reached that conclusion.” He leaned forward. “Look at the attacks in Boston and Kenya. What do we gain if a soldier with a backpack manages to break through the defenses in a US airport? A few hundred dead and perhaps one aircraft. The Americans will grieve, their president will predictably speak of healing, and then they will assess and bolster their front-end security. A completely shortsighted victory. But when multiple aircraft begin to mysteriously explode in flight, the Americans will have no choice but to close their skies and their airports. The financial impacts, even for a few days, will be fantastic. Imagine five days, or ten. What if we could clip the wings of seven thousand passenger planes indefinitely?”

The two men contemplated that for a moment—the legs of a major transportation sector broken. The economy of the United States brought to its knees once again by al-Qaeda.

“We have always known that America’s airlines are a golden target and worthy of sacrifice, but there are others. I have a soldier poised in London, a courier who has devised a completely foolproof and undetectable way to carry fifteen kilograms of dried meat—meat that is infected with bovine spongiform encephalopathy—from Heathrow to Miami, on a passenger aircraft, no less. His team will mix it with common feed pellets and then harmlessly sightsee across America, visiting cattle feedlots, pastures, and even family farms. Or perhaps he could use drones? Within a month, the raw fear generated by hundreds of confirmed outbreaks of mad cow disease will devastate the US beef industry.”

Naimi turned back to his newspaper. This was precisely what Zawahiri had been advocating in recent jihadi blogs produced by their media wing, as-Sahab: to bleed America’s economy as punishment for the continuous war on Islam and Muslims.

“When would the first aircraft fall?”

“In nineteen days,” Al-Aran answered. “Monday, May 18. Akil has selected a morning departure. I need only your approval.”

There was an extended silence, as if everyone in the café had knowledge of the conversation and was waiting for the pronouncement.

“The earth, water, and fire operations must wait,” Naimi calmly ordered. “You may attack America’s airlines.”