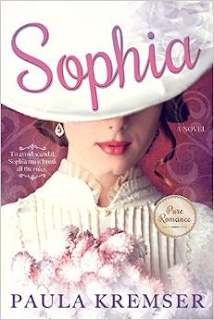 Small-town Sophia Spencer can’t believe her luck when an unexpected inheritance allows her to experience London’s social scene. But her happiness disappears when she is caught napping in a grumpy gentleman’s room—and forced into an engagement to protect her reputation! Personalities collide and love blooms in this stunning debut novel.
Paperback: 208 pages
Publisher: Sweetwater Books (October 14, 2014)
Language: English
ISBN-10: 1462114822
ISBN-13: 978-1462114825

From the author: After enduring a ball as a favor to his friends, Alex escapes to his room. What he doesn’t know is that a young lady has also sought refuge from the crowded ballroom. This is his first encounter with Sophia.

Alex pulled off his boots, then picked up his candle and looked around the room for where he had left his book. That was when he saw her. A young lady—either asleep or dead—was on his sofa! He almost dropped the candle, but quickly steadied it instead and rushed over. Her skin was warm, but it seemed as if she wasn’t breathing. He forced himself to be calm as he checked again and realized that she was breathing, just very slowly and deeply. He sat down hard on the floor and leaned his head back against the sofa. Then he took his own deep breath in an effort to calm his racing heart. She was alive, thank goodness! She was just sleeping.

How strange that a young lady was asleep in his room…his eyes widened and his heart began racing again. He needed to get her out of here. Now!

He quickly turned around and tried to gently speak to her and shake her shoulder. Several increasingly more frantic pleas of “Miss, you need to wake up!” produced no results. So he lifted her up to a sitting position, but still she wouldn’t regain consciousness. He sat down next to her and pulled her arm around his shoulder, ready to stand up, which would hopefully rouse her enough to walk, and that was when he heard a commotion from the hall and then a knock on his door. He barely had time to blurt out, “One moment, please!” before several matronly women barged in.

Paula Kremser focused on a career in science for several years after graduating from Brigham Young University. DNA purification and Affinity Chromatography were always interesting, but when she moved to England, Paula seized the opportunity to focus on her love of the Regency Era. The enchantment of the aristocracy and the fascinating stories from every stately home she visits have been both research and inspiration for her first novel. Paula lives with her husband and four children in a charming village nestled in the Chiltern hills in Buckinghamshire.


My review: Sophia by Paula Kremser

I received my copy today in the mail and was going to just read a few chapters and ended up reading till 1:00 am when I finished. I liked Sophia more and more as we got to know her. I also liked the rest of the characters too. Except for one.

The story is a regency romance, that is full of the ton and High Society. It is drama, romance and a clean read. The plot Sophia inherits a sum of money, a house in London by her Grandmother who she has never met. Sophia wants to have a season. Her Aunt agrees to host her. She is caught asleep in a gentleman's couch and is rushed into marriage.

Sophia Spenser is eighteen and raised by her father a Doctor in the small village of Tissington. Sophia loves to ride her horse.

I was drawn right into the story and wanted to see what would happen next to Sophia.

I thought the pace of the book was good.

I loved the ending.

I would love to read another book by Paula Kremser in the future.

I was given this book to read so I could give a honest review of it and be part of Sophia's blog tour.