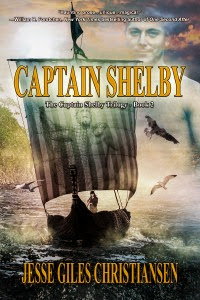 There are places even the sea cannot go…

In coastal Denmark, a young man named Nereus builds a longship and leaves at age eighteen to discover a new, enigmatic land. Faced with unimaginable obstacles, he crosses the North Atlantic, only to be captured by the Skraelings, the Inuit indigenous people who seek revenge on all settlers because of a “Great Red Man” who murdered many of their family members.

Many years later, Nereus is hired by a group of Irish settlers who are fleeing the tyranny of King Henry VIII, and he takes them across the North Atlantic to the Newfound Land. A fierce battle ensues against the sea, the Little Ice Age, and the vicious Skraelings.

Jesse Giles Christiansen is an American author who writes compelling literary fiction that weaves the real with the surreal. He attended Florida State University where he received his B.A. in English literature, and holds an M.A. in philosophy from Georgia State University. He is the author of Pelican Bay (book one in the Captain Shelby Series), an Amazon #1 list bestseller, outselling Old Man and the Sea by Hemingway. One of Christiansen’s literary goals is to write at least fifty novels, and he always reminds himself of something that Ray Bradbury once said: “You fail only if you stop writing.” 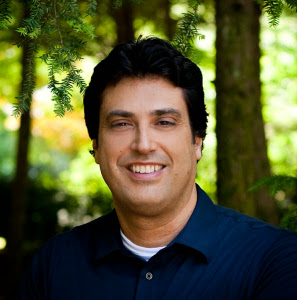 Captain Shelby story draws you into the story very easily. It also weaves back and forth into history of one character than another as they merge together. It is dramatic, action and romance as they seek to make a better future for themselves.

Nereus is from Denmark and builds a longship and leaves at 18 to sail across the North Atlantic.

Skraelings are the Inuit indigenous people where they land in the New world. They are not happy to see the white people in the boats.

William Brockelby is from Ireland and their group wants to flee King Henry VIII. His fiancée is Laura

Laura Hodges wants to be free. She is strong, brave and ready to fight to protect her loved ones.

They face a lot of trials to get to Newfound Land and then when they get there face even more troubles to survive. it gives you the idea of how hard it was to survive in this new land. You want to know more about the characters and the choices they each make.

I like the images that Jesse paints with his word.

This is a clean read that is aimed at anyone who enjoys a drama with a touch of paranormal in it.

I want to read the last book in this series too.

I was given this ebook to read for the purpose of giving a honest review of it and being part of it's blog tour.

October 16 – Escape With Dollycas Into A Good Book – Review