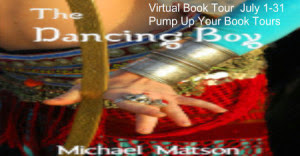 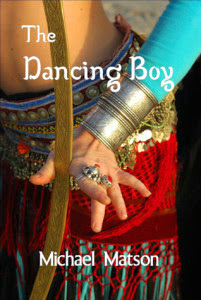 Treat Mikkelson is not exactly a burnt-out case but he’s grown tired of his life as a criminologist, weary of memories of a marriage gone wrong and of his time in Vietnam. Trying to burn the bridges to his past, he finds and remodels a cabin on a small Pacific Northwest Island, settles down to enjoy fishing, setting his crab pot, digging for clams and documenting the lives of his island neighbors.

When an elderly woman in the nearby tourist town of La Conner is found dead however, the victim of what appears to be an accidental fall, Mikkelson is persuaded to look into her death. The discovery that it was murder leads to something more shocking: the human trafficking of young boys brought into the US and Canada. 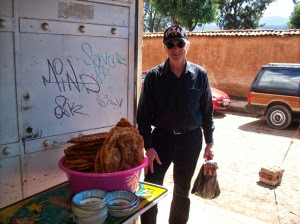 Michael Matson was born in Helena, Montana, and was immediately issued a 10-gallon Stetson and a pair of snakeskin boots. After formative years spent in New Jersey, North Carolina, New York, California, Hawaii and Japan, Michael earned a journalism degree from the University of Washington in Seattle. Following a brief military stint in Oklahoma, where he first encountered red, sticky mud, heavy rain and tarantulas, he returned to Seattle and worked as an advertising agency copywriter, creative director and video producer.

He lives with his wife María Guadalupe (Tai), in Morelia, the colonial capital city of Michoacán, where, despite all the bad publicity given the area by U.S. news media, he has never seen a narcotraficante.


My review: The Dancing Boy (Mystery) by Michael Matson

It was a hard book for me to get started to read because I actually was reading a real book. I could not change font size to see better. Dancing Boy deals with a hard issue to think about child abuse. So many children are not protected. There are wonderful people trying to stop it too.

The characters seem real to me. I like Treat and the other characters in the book. I would like to see more of them.

The Dancing Boy had some slow parts to build the story and characters. I liked the last half of the book better. Their is some swearing, one sex scene lots of violence.

A elderly woman was murdered and looked like a accident. But one friend of hers Cassie does not believe it was accident. She tries to convince the Sheriff of that. He tells her that if she can convince Treat Mikkelson to look into it he would not have a problem with it.

Treat Mikkelson has retired he just wants to take it easy now. He was tired of helping to put bad guys away. He made enough money on writing books that he can just fish. Cassie convinces him to look into it more.

The setting of the book is a island off of Washington. But it reaches into Canada. There is two Sheriffs in the area because one is for the reservation.

I was given this book The Dancing Boy by Michael Matson so I could read it and write a review on it and be part of it's blog tour.

As The Page Turns – Author Interview 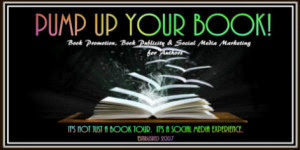 your welcome. Again sorry for my error of writing wrong date down.