The Unknown Conspiracy Behind The World's Most Famous Execution

It is the most famous execution in history. Its symbol is worn by hundreds of millions worldwide. Its spiritual meaning is recalled daily in time-honored rituals. It is the most passionately debated murder of all time. In Killing Jesus: The Hidden Drama Behind the World’s Most Famous Execution, New York Times best-selling author Stephen Mansfield tells the gripping story of the conspiracy to assassinate Jesus Christ and the graphic details of his torturous death. Approaching the tale at its most human level—an approach often neglected by worshippers of Christ and the non-believing alike—Mansfield uses both secular sources and the biblical accounts to bring fresh perspective and fire to the familiar saga. Rooted in scholarship but told simply – and with vivid detail-, this thrilling, page-turning account of the death of Jesus will fascinate and stir readers whatever their beliefs about that death might be.
ISBN 9781617951879
Jacketed Hardcover
List Price: $22.99
Carton Quantity: 24
Trim Size: 6" x 9"
288 pages

Stephen Mansfield is a writer and speaker best known for his groundbreaking books on the role of religion in history, leadership, and modern culture. He first came to international attention with The Faith of George W. Bush, the New York Times bestseller that influenced Oliver Stone’s film, W. His book The Faith of Barack Obama was another international bestseller. He has written celebrated biographies of Booker T. Washington, George Whitefield, Winston Churchill, and Abraham Lincoln, among others. Stephen speaks around the world on topics of faith, leadership, and culture. He is also the founder of two firms: The Mansfield Group (MansfieldGroup.com) and Chartwell Literary Group (ChartwellLiterary.com). He lives in Nashville and in Washington, DC, with his wife, Beverly, who is an award-winning songwriter and producer.

At times this was a hard book to read. It is important to look back and see what Jesus did for you and me. I like the facts and the explaining why certain followers did or said something. At times it was laid out logical. Other times I just wanted to cry reading about the torture.

A lot of the details I have forgotten over the years. Like that their was three King Herod. I knew King Herod ordered all the boy babies under two to be killed. Did not know how gross he got before he died with his illness. I always figured that the number of boy babies was a lot higher that died. But one is to high.

I also liked how they told of Jesus riding into Jerusalem and how Pontius Pilate rode into Jerusalem on the other side with all the troops and compared them.

Another interesting fact was how many lambs were sacrificed in two hours at the temple.

This is a good look and understanding why so many people wanted Jesus to be killed. How many different times they wanted him to be killed.

This is a good book to read on Easter Weekend. Too really remember that Jesus is the Son of God. He died for us and he lives.

Stephen Mansfield used a lot of different resources to write this book from. That you can see where he got his information from.

The torture of all Jesus went through is very hard to read at times. At times very graphic. Explain just what happens when someone is crucified or scourged.

I believe that Jesus did live. He lived his life for us as examples of what to do. That he did miracles of making wine out of water, raising the dead.

This is the first book that I have read written by Stephen Mansfield. I would read more books by him in the future.

I was given this book to read and be part of its book tour. In return I have given my honest opinion of this book. 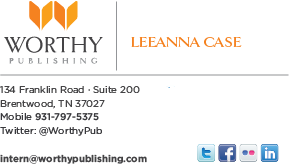