Murder in the Dog Park/Dog Spelled Backwards by Jill Yesko 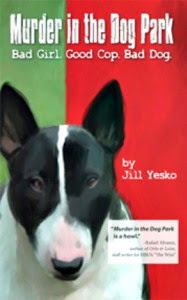 Discovering a brutally murdered boy in a rainy dog park sends misanthropic private detective Jane Ronson on a journey through Baltimore’s gritty underbelly. Aided by a sexy cop, a bad-ass bull terrier, and an only-in-Baltimore cast of characters, Jane must use her computer-hacking and street-fighting skills to save her only family member from being framed as the killer

My Review: Murder in the Dog Park

This is a more gritty detective story. Their is strong language. Unique characters, with lots of flaws. Some violence. This is a shorter novella I would call it. Easy fast read.

Jane is not the best person at social communication. She has taught herself to be a hacker. She does a lot of work for P.I.s living at home. You want things to go better for her than they have gone in the past.

Lenny is her cousin. He has come on hard times. They are all each other have. Lenny is a photographer. He is worse in social circles. He catches somebody committing a crime. He is set to take the fall and is arrested for it.

Jane needs to bail him out of jail. They don't have much money. She is determined to get him out.

It draws you into their lives. You feel for them. I want to know more about them.

Some of the scenes seem to reel.
The setting is a richer neighborhood in Baltimore. Jane rents a guest house while it is trying to be sold. Jane has a bigger dog for company and that's all she wants for now. 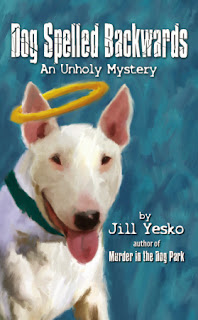 Private investigator Jane Ronson suffers from oppositional defiant disorder, the uncontrollable urge to punch first then ask questions later. When a rabbi with a shady past offers her a bag of cash to spy on a rival rabbi, Jane jumps at the chance to make what think will be easy money. To get her cash, Jane impersonates an Orthodox Jewish woman and infiltrates a black market kidney ring in Baltimore’s Orthodox community. Between Russian gangsters and double crosses, Jane is number one on everyone’s hit list. To save her life, she forms an alliance with a religious woman and confronts a family

Jane Ronson is private investigator. She is a strong character. She is close to her cousin Lenny. Her boyfriend Don is a cop. Jane is independent.

She takes a case of trying to find out about a illegal kidney organs transplants that a Rabbi runs. She is hired by another Rabbi.

Their are a lot of new characters that I don't like. It is hard to find some to totally like. Jane keeps secrets but she does try to do the right things.

Jane has to go undercover as a Orthodox Jewish woman. She has take out her nose ring, wear a wig plus dress in a long dress. Jane has a lot of changes to her life in this story.

Jill Yesko’s 20+ year writing career has included stints as a sport writer, NPR commentator and investigative reporter. She’s written about everything from body piercing to human pyramids in Spain. After a solo trek around the world, Jill was profiled as an “adventurous traveler” in O, the Oprah magazine. Before becoming a writer, Jill was a national-class cyclist and graduate and cartographer. A New Jersey native, Jill now patrols Baltimore’s dog parks with her basset hound.

I am a fan of the dog solves mystery genre. I am not sure if that is exactly what this will be but it sounds interesting.

Jane seems like an interesting character. Looking forward to reading the books.