Synopsis
Paramedic Zoe Chambers is used to saving lives, but when she stops a man from running into a raging inferno in a futile attempt to rescue his wife, Zoe finds herself drawn to him, and even more so to his ten-year-old daughter. She invites them both to live at the farm while the grieving widower picks up the pieces of his life.
Vance Township Police Chief Pete Adams, of course, is not happy with this setup, especially when he finds evidence implicating Zoe’s new houseguest in murder times two. When Zoe ignores Pete’s dire warnings, she runs the very real chance of burning one too many bridges, losing everything—and everyone—she holds dear.
The action in Bridges Burned moves quickly, from the explosive beginning to the climactic ending.
~Jane Reads

…what a fantastic book…face paced…plenty of twists & turns, intrigue, romance, and humor…
~Tea and A Book
I couldn’t put this book down, the characters have taken a life of there own and the story is so intense it hooks you in from the start leaving you wanting more.
~Shelley’s Book Case​

This is a fast paced exciting mystery that will keep you reading from the time you open the book until you reach the last page.
~A Chick Who Reads 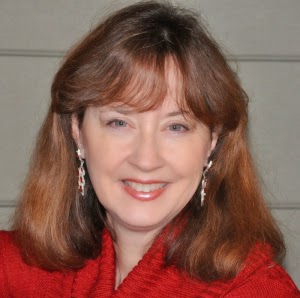 ABOUT THE AUTHOR:
Annette Dashofy, a Pennsylvania farm gal born and bred, grew up with horses, cattle, and, yes, chickens. After high school, she spent five years as an EMT for the local ambulance service. Since then, she’s worked a variety of jobs, giving her plenty of fodder for her lifelong passion for writing. She, her husband, and their two spoiled cats live on property that was once part of her grandfather’s dairy. Her short fiction, including a 2007 Derringer nominee, has appeared in Spinetingler, Mysterical-e, and Fish Tales: the Guppy Anthology. Her newest short story appears in the Lucky Charms Anthology.

I like this series.  Lots of drama, murder, fires and characters that I like.  This is the third book in Zoe Chambers mystery.

Zoe Chambers is a Paramedic.  She is also learning to be medical examiner, not her idea either.  Zoe lives on a farm in a apartment and takes care of the barn in exchange for housing her horse. She has started to date Pete.

Police Chief Pete Adams has started dating Zoe after flirting with her.

Pete and Zoe's relationship has a lot of drama in this book.  Pete believes that Holt Farabee is guilty of a bunch of crimes.  Zoe believes in him. She really likes his daughter ten year old Maddie.

You were not sure who to trust.  I did think each person was guilty at different times.

I really like the one scene when she is talking about where her horse would stay with her partner on the ambulance. It made me laugh at his answer.

I was given this ebook to read by Net Galley and Henery Press.  In return I agreed to give a honest review.

Thanks so much, Rhonda!