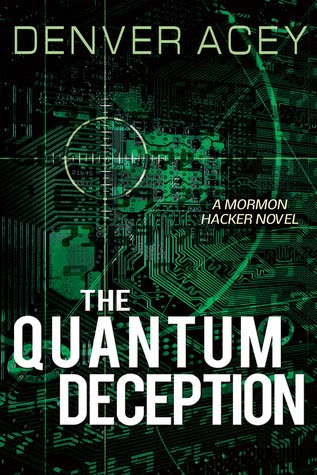 About the book:
What starts out as a calm night in Salt Lake City turns into chaos when a passenger plane crashes into the mountains. When reformed cyber hacker Tanner Stone links the accident to an ingenious Chinese computer virus, it’s up to him to prevent it from destroying the financial data of everyone in America! Thrilling, explosive, and packed with twists, this book changes everything you know about Internet security.


About the author:
Few people understand the terrifying, yet realistic threat of computer hacking like Denver Acey. Denver has spent his entire professional career in the information technology industry where he has witnessed and even thwarted actual cybercrime. From his top-secret job working for the US government to securing computer networks at Fortune 500 companies, Denver is personally familiar with hackers and their unscrupulous activities.
But over the years, Denver has become increasingly frustrated with Hollywood’s inaccurate portrayal of cybercrime. Hackers are more intelligent and more sophisticated than simple teenagers, who guzzle down Mountain Dew while playing video games. Cybercrime is a billion-dollar business that encompasses organized crime and foreign governments. For these elite hackers, the fruits of success are iconic trademarks, innovative patents, and government secrets.
Because of his unique background, Denver decided to write a book to dispel hacking myths while highlighting the tenacity of cybercriminals. Utilizing actual computer hacking concepts and scenarios that he has experienced firsthand, Denver illustrates — in a simple way for even the non-techie to understand — how vulnerable we all are to cybercrime.


My review: The Quantum Deception by Denver Acey

This is the follow up to Quantum Breach.  I liked it.  It is smart, full of drama, characters that I like, suspense that keeps you guessing till the end. The technology is out there. There is a race to keep the America strong and not take down the financial date of our country.  I did not want to put the book down.

Tanner Stone works now in Salt Lake City in a NSA with Quantum computer.  A super secret fast computer.  Tanner  is married and expecting his first child.  He was supposed to be on a flight to Washington D.C. but his wife started having labor pains so he went to the hospital with her.

The plane he would have been on was shot down with a surface-to-air missile over the Salt Lake City.

This has the FBI, Secret Service and NSA all working to figure out what was going on.  With Chinese spies.

Most of the book is set in Salt Lake Valley,  UT.

It is fast paced book.  It is exciting to read. I would read more from Denver Acey in the future.