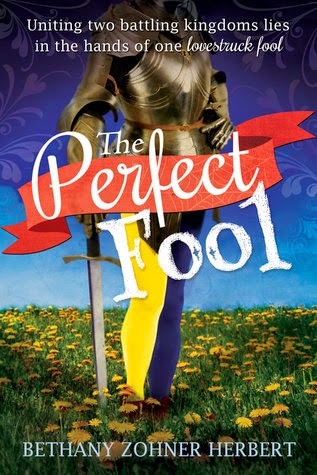 About the book:
Plucked from the streets to become a court jester, Farrago’s life couldn’t be better, especially now that he’s flirting with scullery maid Thea. But when Thea turns out to be a queen in disguise, Farrago may become as much a fool in love as in his occupation. This medieval tale is filled with romance, humor, and twists that will keep you guessing to the last page.


About the author:
Bethany Zohner Herbert was born in Salt Lake City, and aside from a short amount of time living in England and the South, she is back in her native Idaho where she grew up. She has been a fan of books since before she could write. She earned her Bachelor’s in creative writing from BYU-Idaho and her Master’s in literature and writing from Utah State University. When not coming up with weird stories, she likes participating in and teaching Zumba, making crafts (silly ones like puppets) reading, and dating her husband.


My review: The Perfect Fool by Bethany Zohner Herbert

I enjoyed the rhythm  of the book.  It flows really nicely.

The characters were a fun bunch.  Some really surprised me how they turned out and others I guessed right about them. Favorite minor character was Ana.

Farrago was the main character of the story. He brings laughter, caring and romance.  I just wanted things to work out for him so badly.  He was a good hero.  The story is told from his point of view.  He steals your heart.

Farrago was known as little thief.  He saw a court fool juggling one day and he stole some of his balls and tried to learn how to juggle. So Fendral the court fool took little thief as a apprentice and taught him to be a fool and named him Farrago.

I would have broke like Farrago, but faster.  Some scenes made me feel like something was crawling on me too.

I kept wondering how this story was going to end and if I would like it.  Well I loved how it all came together.  A perfect result  for me.

Once I started reading I did not want to put it down.