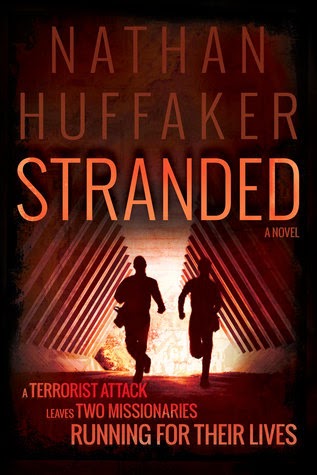 About the book:
Kazakhstan is on the brink of civil war, and Elders Schofield and Johnson need to get out ASAP. But when their train explodes, all the evidence points to the missionaries! With terrorists on their trail and the whole country against them, the elders’ only refuge is the US Embassy in Astana—800 miles away. Fans of “The Saratov Approach” will love this jaw-dropping thriller.

Born and raised in Springville, Utah, the first time Nathan Huffaker boarded a plane was when he left home to serve a mission for The Church of Jesus Christ of Latter-day Saints in Kiev, Ukraine. The two years he spent in Kiev later helped him to base parts of “Stranded” on his missionary experiences. Huffaker recently graduated from Utah Valley University with a degree in English and now resides in Spanish Fork, Utah, with his wife and five kids.


My review: Stranded by Nathan Huffaker

This is a good LDS action, suspense novel.  It definitely preaches LDS beliefs but it is just part of the story.  The main characters are two missionaries in Kazakhstan. Another character is the Mission President of Kazakhstan.

President Howard Russell of the Kazakhstan Astana Mission received a call in the middle of night telling him to get his missionaries out of the country they were in danger.  He started making calls right then.

Elder Johnson was from Texas his Russian was coming along with a strong accent.  He was really positive.
Elder Schofield was at the end of his mission. He was good in talking Russian

Elder Johnson and Schofield had to get off the train because of left behind passport and their train blew up.  President Russell thought they were dead.

The Elders were suspected by the Police as the terrorists who blew the train.  The Mafia wanted them dead because they could finger the bomber.  The Elders could not get ahold of anyone with there phone and bags blown up on the train.  They needed to get to the US Embassy in Astana before it closed in a few days.

This is exciting with the two missionaries trying to get help but every time someone is blowing things up.  Elder Johnson never stops trying to teach the gospel along the journey to those he comes in contact with. Elder Schofield keeps growing his faith along the way.

There is a lot of people willing to help the Elders along the way.  I don't know if I would help two young men that the police wanted as bombers.  It would be scary with bombs going off all over and the army taking over the country.

One of the policeman that works on catching terrorists Michael had met the missionaries the day before the bombing and was given the Book of Mormon.  He just wanted to learn about their beliefs to see if they were a danger or not.

I did not put the book down until I had finished the story.  I would read more from Nathan Huffaker in the future.

I was given Stranded by Cedar Fort so that I could give a honest book review and be part of Stranded blog tour.
Stranded” blog tour schedule:April 22: The Stubby Pencil
April 23:
April 24: I Love to Read and Review Books
April 25: Readalot
April 26: Reidhead Random-ness
April 27:
April 28: My Book Addiction and More
April 29: Mel’s Shelves
April 30:
May 1: Bookworm Lisa
May 2:
May 3:
May 4:
May 5: Emmy Mom
May 6: