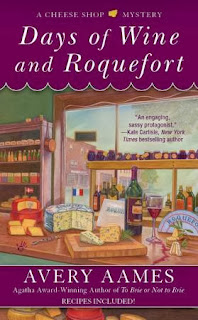 Cheese Shop owner Charlotte Bessette’s life seems quieter than ever with her fiancé out of town and her cousin Matthew and his children out of the house. But before she can put up her feet and enjoy a glass of chardonnay, Matthew asks her to play host to Noelle Adams, a bright sommelier visiting to help grow business for the local winery.

An affable wine aficionado, Noelle is paired well with the cheese expert Charlotte–but something seems to be troubling the secretive houseguest, and Charlotte’s life is upended when she finds the sparkling woman dead. Between Noelle’s hotheaded ex, the cagey owners of the winery, its jaded manager, and a wily reporter, Charlotte has her pick of suspects, but she needs to act fast–this is a mystery that only gets more dangerous with age.

My Review:Days of Wine and Roquefort by Avery Aames

I admit that I have never tried wine and I have not tried many cheeses. It does make me want to try more cheeses. I like that the recipes are in back of the book. They don't interfere with the story. Also they are easy to find if you want one. So the wine and cheese part of the story is hard for me to judge.

The mystery was good. I was not sure who the murder was but did figure out a few of the surprises before they were revealed.

This is book 5 of the series but only the first one I have read. The characters are well developed. I did not feel to lost in them but would love to have read the other books in the series.

I liked Noelle. Sorry for her being the murder victim.

The characters were a fun bunch. Especially Charlotte's family and friends. They bring a lot of drama, silliness and life to the story. You want to know more about their lives.

Charlotte runs a cheese shop with her cousin Mathew runs the wine part of it. Charlotte was raised by her grandparents who are French. Her boyfriend is a way testifying in witness protection. She is very handy with tools. She has to find out who killed Noelle at her home

Their is lots of humor, drama, action , some romance and lots of cheese and wine where they go. They are clean reads. A cozy mystery to enjoy.

The setting is small-town Providence, Ohio

I would read more books by Avery Aames or Daryl Wood Gerber in the future. They are entertaining.

I was given this ebook to read and asked in return to give honest review of by author and Netgalley. 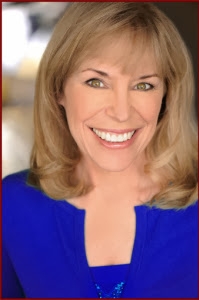 DARYL WOOD GERBER aka AVERY AAMES. As Daryl, she writes the nationally bestselling Cookbook Nook Mystery series. As AVERY, she pens the Agatha Award-winning, nationally bestselling Cheese Shop Mystery series. Daryl’s short stories have been nominated for the Agatha, Anthony, and other awards. Fun tidbit: as an actress, Daryl has appeared in “Murder, She Wrote” and more. Visit Daryl aka Avery at www.darylwoodgerber.com. Check out recipes on her blog www.mysteryloverskitchen.com and friend her on Facebook.

FOR BOTH AVERY & DARYL