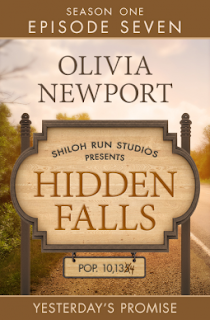 Will their clues lead to Quinn? The daring efforts of Lauren, Ethan, and Nicole have resulted in a few more clues to Quinn’s location but not enough to bring him home. Nicole needs to go into full investigative reporter mode—no easy task, considering she can’t walk on a broken ankle. And Jack is trying to stay one step ahead of her. With surprising persuasion, Ethan enlists Dani’s help to find Quinn, but he should have guessed there would be conditions. No way would Dani cooperate easily. Liam wants to find Quinn, but he’s barely holding up under the crushing blow Jessica delivers. And Sylvia just might have a crucial clue, but she’ll have to break a promise from the past to reveal it. The people who care about Quinn most hold pieces to this puzzle of finding him. What are they missing? And more important—what secrets are they keeping?
Product Details
File Size: 3553 KB
Print Length: 60 pages
Publisher: Shiloh Run Studios (February 28, 2014)
Sold by: Amazon Digital Services, Inc.
Language: English
ASIN: B00HX7CUME

I want more. These are too short! Leaves me wanting more right now and not waiting till next week or next week.

There is some new clues that could be good news, but not sure yet. Lots more questions that I want answers too.
I like the characters and want to know lots more about them.

Hidden Falls is a small town. A teacher named Quinn disappeared in the middle of an event to honor him. Later his car was found wrecked. Quinn made a difference in a lot of peoples lives. Former students have come back to honor him.

Nicole Sandquist was a young girl that Quinn helped a lot after her mother died. She is a reporter and plans to help find Quinn.
But she broke her foot and is side tract from doing all she wants too do. Her former high school boyfriend Ethan has come back to say thanks to Quinn. Nicole still cares for Ethan. She is staying at Lauren's apartment because she has elevator in her building and spare guest room.

Ethan Jordan MD has issues with his parents not caring about him in school. Quinn was a neighbor who helped him a lot and supported him and encouraged him. Ethan is on 5 years of a 6 year as a neurosurgeon. His bosses did not want him to even taken the weekend off at last minute. He wants to be their for Quinn and Lauren. He let Lauren go while he was in college but you can still see that they care for each other. Nicole & Lauren keep talking him into doing things to help find Quinn.

Lauren Nock works for her church. She is a couple of years younger than Ethan & Nicole. Quinn has been dating her Aunt Sylvia for decades. She opened her home to help Nicole when she broke her foot so bad. She is very caring and helpful to those in need. She is putting on a health fair and Quinn was organizing a lot of it so she has to try and figure out what he had planned.

Sylvia Alexander 54 is Mayor of Hidden Falls. She has been best friends with Quinn for years. She had hoped he would ask her to marry him years ago. She owns a shop on main street that was broken into and trashed. Everyone keeps calling her with questions about the things going on around town right now.

Liam Elliott investment consultant has had some money in his business accounts stolen. He has not told anyone about what he has found. Someone is blackmailing him though.

Jack a lawyer in town has not been in Hidden Falls for too long. He wants to find new cases that are interesting and tries to make friends too hard.

I like this series. The prices have gone down on the episodes now which makes it a better deal.
Also Hidden Falls facebook has been having contests and interesting facts about the series on it.

I will keep reading this series. I like Olivia Newport's books. They are clean and well written.

I was given this ebook to read for purpose of giving a honest review by Netgalley and Barbour Publishing.
Posted by rhonda1111 at 7:14 PM

Hi,
Am following you on Google + and like yourself am reading and making my way through the Hidden Falls episodes. Am now up to Episode 9. Am a bit sad to see it end though soon .
www.thephantomparagrapher.blogspot.com