The Chase by Janet Evanovich, and Lee Goldberg (O'Hare and Fox, #2)

IT’S ALL ABOUT THE CHASE!

THE CHASE by Janet Evanovich and Lee Goldberg

THE CHASE at your favorite retailers

Janet Evanovich and Lee Goldberg, New York Times bestselling authors of The Heist, return in this action-packed, exciting adventure featuring master con artist Nicolas Fox and die-hard FBI agent Kate O’Hare. And this time around, things go from hot to nuclear when government secrets are on the line.

Internationally renowned thief and con artist Nicolas Fox is famous for running elaborate and daring scams. His greatest con of all: convincing the FBI to team him up with the only person who has ever caught him, and the only woman to ever capture his attention, Special Agent Kate O’Hare. Together they’ll go undercover to swindle and catch the world’s most wanted—and untouchable—criminals.

Their newest target is Carter Grove, a former White House chief of staff and the ruthless leader of a private security agency. Grove has stolen a rare Chinese artifact from the Smithsonian, a crime that will torpedo U.S. relations with China if it ever becomes public. Nick and Kate must work under the radar—and against the clock—to devise a plan to steal the piece back. Confronting Grove’s elite assassins, Nick and Kate rely on the skills of their ragtag crew, including a flamboyant actor, a Geek Squad techie, and a band of AARP-card-carrying mercenaries led by none other than Kate’s dad.

A daring heist and a deadly chase lead Nick and Kate from Washington, D.C., to Shanghai, from the highlands of Scotland to the underbelly of Montreal. But it’ll take more than death threats, trained henchmen, sleepless nights, and the fate of a dynasty’s priceless heirloom to outsmart Fox and O’Hare.

My Review: The Chase

I had a good time reading The Chase. I had to stop and share a few lines to others in the car with me.
I love the humor, characters, drama and action. Had some fight scenes, bombs & cons I can see as the only part that some might not like. No sex scenes, or swear words that people object too.

The plot is Nick Fox thief and con artist is now working for the FBI. Only three FBI know about it. FBI Special Agent Kate had spent years chasing him. Now she has to work with him to stop bigger crooks. A China Treasure was stolen and a fake replaced in the Smithsonian museum. They want it back now. Kate and Nick need to find out who stole it and get it back without anyone knowing.

The setting for the book goes all over the World. A few places in US, China and Scotland are a few of the places.

The pace and action of the book was fast. Every time it seemed to go slow something else would come up that needed to be handled.

Nick Fox is a charming con artist and thief. He is still on the top 10 FBI wanted. He likes impossible targets.

Kate is a no nonsense FBI Agent. In The Heist she was former U.S. Navy seal before joining the FBI. Now she is former Special Forces.

Carter Grove is the bad guy they have to con. He used to run the White House for eight years, He is rich, has own security force that contracts with military. Powerful man who does not like to be crossed.

Their are bunch of other characters that are used to work the con. Help Kate out, like her father and other ex-military soldiers he worked with.

This is a fun book, in some ways it is so over the top it is perfect book to get lost into.

I would love to see many more O'Hare and Fox stories. I will read them.

I was given this ebook to read and asked to give honest review of it by Netgalley. 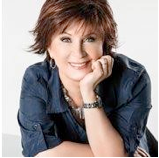 Description: 33077_AFlores:Users:aflores:Downloads:Janet Evanovich_Photo.jpgJanet Evanovich is the #1 New York Times bestselling author of the Stephanie Plum series, the Lizzy and Diesel series, twelve romance novels, the Alexandra Barnaby novels and Trouble Maker graphic novel, and How I Write: Secrets of a Bestselling Author, as well as the Fox and O’Hare series with co-author Lee Goldberg. 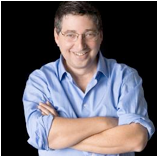 Description: 33077_AFlores:Users:aflores:Downloads:Lee Goldberg_Photo.jpgLee Goldberg is a screenwriter, TV producer, and the author of several books, including King City, The Walk, and the bestselling Monk series of mysteries. He has earned two Edgar Award nominations and was the 2012 recipient of the Poirot Award from Malice Domestic.