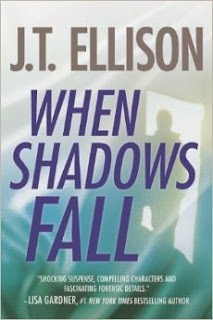 If you are reading this letter, I am dead and I would be most grateful if you could solve my murder…

Forensic pathologist Dr. Samantha Owens thought life was finally returning to normal after she suffered a terrible personal loss. Settling into her new job at Georgetown University, the illusion is shattered when she receives a disturbing letter from a dead man imploring her to solve his murder. There's only one catch. Timothy Savage's death was so obviously the suicide of a demented individual that the case has been closed.

When Sam learns Savage left a will requesting she autopsy his body, she feels compelled to look into the case. Sam's own postmortem discovers clear signs that Savage was indeed murdered. And she finds DNA from a kidnapped child whose remains were recovered years earlier.

The investigation takes Sam into the shadows of a twenty-year-old mystery that must be solved to determine what really happened to Timothy Savage. Nothing about the case makes sense but it is clear someone is unwilling to let anyone, especially Samantha Owens, discover the truth.

My Review: When Shadows Fall

The suspense of what was going on and who was the good guys and bad guys went right to the end of the story. Not sure how I feel about the ending. It kept me reading till I finished early in the morning. It had so many twists and turns in the plot.

This is the third in the series of Dr. Samantha Owens. We had met her early in other J.T. Ellison series. In this book she is reunited with a FBI Agent from that other series too. Their are other characters we have met that come back in this Book.

The setting of this story is Virginia 2013.

The pacing of the story was good. It kept your attention so you did not want to stop reading.

I like Dr. Samantha. She has gone through so many hard trials you want everything to work out for her. She has taken a new job teaching others to become forensic pathologists. Someone wants to draw her back to do a autopsy on his body to find how he was murdered.

Their are a few love scenes that is skipped over. Lots of murders. Lots of missing children over the years. Now a new one they are racing to find. Lots of danger, action, mystery and interesting characters in this story.

I was given this ebook to read for purpose of reviewing it. I got the book from Netgalley and Harlequin.

I didn't realize this was part of a series, I may have read the 1st, will have to check, feel like I remember Samantha.

I downloaded from Netgalley too, look forward to reading it.