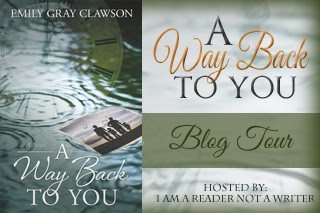 I was not sure how I would do reading this book. It did stir memories of mourning, and high school being a teenager. Also grateful for my children. But no crying for me. I liked the characters. High School dramas. How Annabelle is trying to be better at her family relationships the second time around. I would freak out if I woke up and was suddenly sixteen again!

Annabelle has been a widow for 2 1/2 years. Right after her husband died she realized she was pregnant. She was so busy being a mother two her older children and the baby she really hasn't taken the time to mourn. After dealing all night with sick baby she took the kids to school and a friend came up to her. Told her she wanted to meet this man that her husband worked with. He was divorced with one child.

Anne got home and just broke down and was crying all day. She realized that she was alone now and old. She got the friend to pick up her kids and when she saw how bad Anne was, She told the kids they were all going over to her house to stay the weekend to grab clothes. Then called Anne's mom to take her mom for the weekend.

When Anne wakes up in her mothers guest room. It is a mess, than she sees her younger brother and sister. Anne is sixteen again. Anne has to go to high school and take a math test. She has to remember her classes, the boy she had a crush on for years. Also she realized Mitch was alive and across town.

A Way Back To You – Excerpt Emily Gray Clawson

“I’m coming. Hold on a second, honey,” I called. I was out of breath from hurrying down the hall and the stairs. I could hear a fight starting in the kitchen.

“You already had three. I’m still hungry!” There was a grunt and the squeal of a chair skidding across the floor and sounds like a wrestling match was starting.

It wasn’t Mallory and James or even Jenna. A boy and girl looked up at me as I skidded to a halt in front of the table.

“Who asked you, Annie?” the boy asked, sticking his tongue out as far as it could reach. Then he resumed his tussle with the girl, both of them trying to grab the last pancake off of the table.

Mom came through from the dining room, and my jaw dropped open at her appearance. “Daniel Henry May, you give that pancake to your sister. You’ve already had yours.” She swatted his hands away and put the pancake on the girl’s plate.

Rachel. My eyes broke away from my brother and sister. As children. I knew my jaw was gaping open, but I couldn’t close it. Mom was bustling around, clearing dirty dishes and rinsing them off in the sink. Her hair was dark brown and past her shoulders, pulled into a messy ponytail, and she was dressed in a pair of jeans and a yellow T-shirt, from the bargain store by the looks of them. She wasn’t wearing any makeup or jewelry. Her face was so young. Her cheeks had a natural blush, and her skin was soft and smooth. She didn’t look at me as she brushed past me to gather more dirty plates.

“Mom! You are so beautiful!” I stammered, awed by the transformation.

She didn’t turn. Dan strode away from the table, grumbling under his breath. I thought I caught the phrase “crazy women,” but I wasn’t sure.

“There aren’t any more pancakes,” Mom said without turning, a biting edge to her voice. “I’m sorry, but if you don’t get up earlier, you’ll never have time for breakfast before school.” Her voice sounded weary, defeated.

I couldn’t get over how gorgeous she was. She slammed down the dishcloth, soapy water slapping out of the sink and over the counter.

“Annabelle May, don’t you start with me today. I don’t have it in me. Not after last night. I just can’t . . .” She dropped her arms wearily to her sides. “I don’t want to fight. Please. We’ll figure it all out but at least just get ready for school, okay?” she pleaded.

My mouth worked silently. What

I was surprised at how much I enjoyed A Way Back to You. It is a LDS book but really does not talk about beliefs just about going to different church meetings, and events their. It is a clean romance, drama and even some time travel. This is the first book that I have read by Emily and I would read more of her work especially if it is as good as this one. 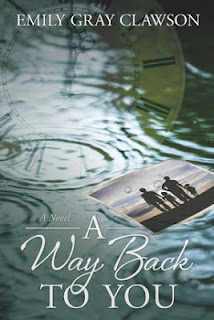 A Way Back to You

What would you do if you were given a second chance?

Annabelle, whom nearly everyone calls Anne, has been stuck in the past for two years. Numbed by grief over her husband’s unexpected death and overwhelmed with the responsibility of raising their three young children alone, Anne agrees to let a friend take the kids for the weekend while she tries to get some much-needed rest at her parent’s home.

But when Anne wakes up the next morning, she is suddenly sixteen again. And it just happens to be the worst day she spent as a teenager.

High school the second time around brings unforeseen changes and frustrations, but remembering that her future husband, Mitch, has just returned from a mission and is living on the other side of town gives Anne hope. Getting Mitch’s attention (for the second time) is more complicated than she could have imagined, but Anne discovers she is stronger than she believed possible—and there just might be a future for her after all. 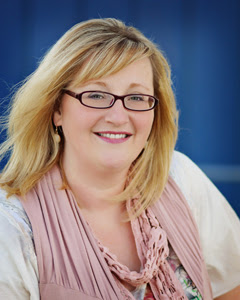 Emily Gray Clawson describes herself as an author, mother, and youth mentor. Born and raised in Utah, she is passionate about her faith and great books and will share her love of both with anyone who will listen. Emily began writing at the age of seven, creating homemade picture books that she peddled from door to door. She self-published her first novel, Things Hope For, and is collaborating with Jennifer Graves on a book entitled A Sister’s Witness: The Powell Family Tragedy. With her husband, Richard, Emily founded two youth leadership programs, Handmaidens of Virtue and Mastering Knighthood. Trained in vocal performance in college, she has enjoyed including aspects of her training in this book. Emily and Richard are the parents of four children and live in Taylorsville, Utah.
a Rafflecopter giveaway

Thanks for the review and for sharing A Way Back to You with your readers!