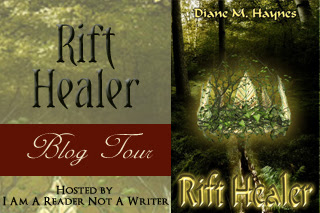 I was surprised to find out this was the first book. The background on what happened last summer was so well remembered and discussed between the twins and Taylor. Really well told back story. This is a fantasy adventure, clean read that keeps you spellbound with it's magic. Lots of magical creatures. Lots of scary creatures I would not want to deal with. Some human teenagers who have some talent of their own. A epic battle if the fail life will not be the same.

Lacey and Haley are fourteen year old twins who parents got divorced last year. They are spending the summer with their grandmother out in the country. They are excited because last summer here in the forest they met some fairies and other magical creatures some good and some scary ones. They learned about gathering herbs in the forest from Gisele their grandmother's friend.

Lacey also found a boyfriend Taylor. She is excited to spend time with him again this summer.

Gisele Westerfield knows that this summer will be different. It will be dangerous and take a lot of magic to close all the rifts in the forest. They had to close them 50 years ago and one of her friends did not survive it. Her family has magic and are caretakers of the forest. They have to stop the dark creatures from coming into our world and destroying it. Her family don't believe that it will be bad again. Only her great nephew Micah at 16 and his distant cousin Selena have come to help her.

Micah has lots of magical gifts. One he knows when someone is going to play a big role in his life. He sees a picture from last summer and is drawn to Haley. He knows she is to be part of his future. He can tell her apart from her twin in the picture. He can force anyone to obey him, fight with a sword and wand. He is sixteen.

Selena is fifteen and small. She is in love with her cousin Micah. She will do anything for him. She knows that this summer will be the summer they get back together.

When shy Haley and Micah meet everyone else disappears. They are so drawn to each other. Haley is scared about all of Micah's powers.

Gisele had tried to keep them from meeting. She told Lacey, Haley and Taylor that they needed to stay out of the forest this year. It was dangerous. To go home till they can close the rifts.

As the three leave and ride their bikes back to their grandmother's they see a unicorn and follow it into the forest. Haley feels like she can close the rift and stretches out her hands and goes into a trance. Haley is then attacked. Lacey and Taylor start firing their water pistols at the creatures and they kill them. When the rift is closed Haley falls to the ground. They know they need to find the others and help them.

The story goes from everyday summer fun to fights to close the rifts. They have to wait so long between times they can go back in and fight. It does a good job of mixing the two vast different times together. Lots of action, drama, fights and teenage angst as they fight their fears to save the forest. Some of the magical creatures our fairies, trolls, dragons, unicorns, Tinks, and many more surprises.

I enjoyed reading Rift Healer and look forward to more adventures into the forest. I was given this ebook to read and agreed in exchange to give honest review and be part of their blog tour. 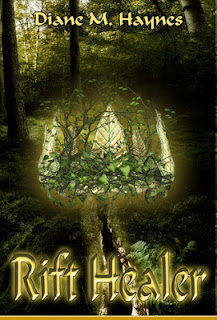 Rift Healer is the first installment of the ‘Forest Magic’ series, a Young Adult Fantasy/Romance set in Central and Western Massachusetts.
After a minor earthquake, the enchanted forest in Bidwell, MA, is infested with monster-spewing rifts. Gisele Westerfield’s great nephew, the gifted Micah, and his distant cousin, Selena, arrive to assist. Together with Gisele’s summer students, twins Haley and Lacey, they will try to heal the magical forest.
Much to the consternation of the beautiful Selena, Micah identifies Haley as The One whom he’ll share his future. But after witnessing a terrifying display of Micah’s Gift, Haley cools to his advances and unexpectedly discovers her own Gift– she can heal the earth.
Monsters, mayhem, and teenage angst follow the small group as they confront evil in the forest and a dangerous prediction that ‘one will fall’. Will they heal the rifts in time? Can they save the unicorns? And is Haley really destined to be with Micah? 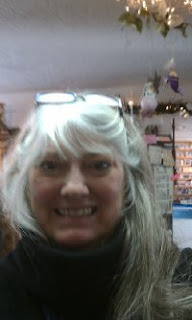 Diane has lived in Massachusetts all her life where early on, her artistic talents were fostered, though her skills as an “excellent report writer” were often noted in previous employment.
On her brother Rick’s birthday, November 16, 2004, seven months after his death, she woke from an amazing dream which would not fade. She outlined the dream, made a few quick notes and days later produced a 12 page short story. After deciding her story was interesting but incomplete, she began writing her first novel, using her dream as its climax. She now believes the dream to be a ‘Spirit Gift,’ sent by her brother.
Diane continues to reside in Central MA with her husband and a very naughty Basset Hound named Basil and his new adopted sister-Basset, Ruby, both of whom cleverly wreak havoc on the Haynes’ formerly well-ordered lives. She spends her time writing, reading books about writing, talking about writing, painting with watercolors, antiqueing and attempting to train a very reluctant Basil and a willing, but highly comedic Ruby.

Thank you for a really nice review, Rhonda! I'm really happy you liked it and I look forward to hearing your thoughts on 'Sirocco' and my future novels in this series.
Diane