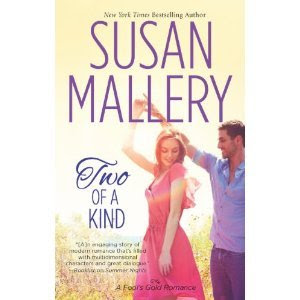 I really like the town of Fool's Gold. The characters make you smile. They don't stay out of their neighbors business at all. They get involved with each other good or bad. Some good drama, some funny moments, too much sex scenes and good friends make a enjoyable read.

Felicia is such a fun character to read about. She is so smart, organized and beautiful. When she is nervous she spouts of facts. The spiders are out to get her. I have felt that some times. She was raised by a collage that studied her. She joined the military early by forging papers. She is a good organizer it social situations that she has hard times fitting in.

Gideon owns the radio station. A few years ago over seas he had a one night stand with Felicia and that came to a end when their hotel door was broken into by her friends. Who also were the ones that broke him out of prison. He had been a prisoner of war and the only one of his group to survive the torture. He still has lots of issues with it. He had no idea that Felicia was a 24 year old virgin at the time.

Now they all lived in the same small town. Felicia was staying out of Gideon's way. Till she saw a spider and screamed. He burst into see what was wrong. After that Felicia turned to him when she needed a sounding board about taking a new job for the town of Fool's Gold. They started to sleep together and then date. When a surprise out of Gideon's past shows up.

Gideon never plans to get married or have a family and he warns Felicia. Felicia wants a normal life like everyone else but she has no ideas how to get it. She has never been on a date. She has worked with special forces but most of them treat her as a kid sister.
So Gideon agrees to date her.

It is easy to get lost in the story and you don't want to put it down. I admit I skipped over the sex scenes. I can't wait to see what everyone gets up to next in Fool's Gold.

New York Times bestselling author Susan Mallery welcomes readers back to Fool's Gold, where a one-time fling could become the real thing...
Felicia Swift never dreamed she'd hear a deep, sexy voice from her past in tiny Fool's Gold, California. The last time Gideon Boylan whispered in her ear was half a world away...on the morning after the hottest night of her life. Her freaky smarts have limited her close friendships, and romance, but she came to Fool's Gold looking for ordinary. Gorgeous, brooding Gideon is anything but that.

Black Ops taught Gideon that love could be deadly. Now he pretends to fit in while keeping everyone at arm's length. Felicia wants more than he can give-a home, family, love-but she has a lot to learn about men...and Gideon needs to be the man to teach her.

As these two misfits discover that passion isn't the only thing they have in common, they just might figure out that two of a kind should never be split apart
Posted by rhonda1111 at 9:54 PM

Once again I am in love with Fools Gold. Susan has an awesome gift! With each story she builds the community while keeping the story unique. I love Gideon and Felicia. If I'm completely honest mostly Felicia, she is so painfully honest I adore her. My favorite to date.

I loved this book! It's my favorite so far of the series. I'm giddy for Gideon!

This book was my favorite so far! I loved it! Gideon and Felicia were an excellent couple and Carter really tugged at my heart strings!

Loved Two Of a Kind. The story of Felicia and Gideon. A few twists and turns that I did not expect.These Fool's Gold books just keep getting better and better.

Have to say this is one of my favorite of the Fools Gold Series. Felicia is one amazing character that really has a lot of emotion and love that is brought out by this book! Can't wait for Isabel's book!