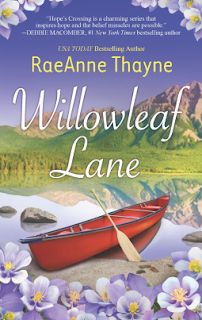 I just love the covers of Hope's Crossing books. It is surprising how much a cover makes me want to pick up the book even when it is a ebook.
Hope's Crossing is such a nice community coming together and helping each other when they can. I like the idea that Charlotte as she is running past houses she is thinking do they need help or what can I do for them. Great attitude.

The plot is that Spencer has come back to run the new community rec center after his professional baseball career is over with a injury and prescription abuse. Then he had two years of everyone thinking he got steroids for other team members. Also his wife suicide some wondered if he murdered her. He wants to get his life back.

Charlotte owns a candy store and makes her own fudge and other candy. In the past two years she has lost 80lbs. A young girl enters the shop. Peyton
does not want to live in Hope's Crossing. She misses her friends. She starts talking to Charlotte and tastes the different fudges. Peyton tells Charlotte that her mother had died and is living here with her father. Charlotte who's own mother died when she was around the same age gives her the candy she was going to buy as a welcome to town gift. Peyton is shocked that she just gave her the couple of pounds of fudge.

Peyton's dad comes into the store and Charlotte recognizes him. But Spencer is shocked when he finds out who she is. Spencer's mom used to work for Charlotte's dad café when she was sober. Charlotte would help him pass English. She is angry at Spencer and is rude to him.

Spencer wants to add on to the community rec. program. When Peyton suggest to do something for wounded vets and their family he jumps on the band wagon. It snowballs from there.

I got caught up in the story. Did not want it to end. (though I loved the ending). It dealt a little with eating disorders both the opposite of each other. With drugs addiction and wounded soldiers. I thought the issues were touched on just the right amount for the story. Made me think a little about each issue and it was good entertaining book at the same time. It also made me want some of the fudge.

Description below taken off on Netgalley.

Sometimes going back is the best way to start over
Candy shop owner Charlotte Caine knows temptation. To reboot her life, shed weight and gain perspective, she's passing up sweet enticements left and right. But willpower doesn't come so easily when hell-raiser Spencer Gregory comes back to Hope's Crossing, bringing with him memories of broken promises and teen angst. A retired pro baseball player on the mend from injury-and a damaging scandal-he's interested in his own brand of reinvention.

Now everything about Spencer's new-and-improved lifestyle, from his mission to build a rehab facility for injured veterans to his clear devotion to his preteen daughter, Peyton, touches Charlotte's heart. Holding on to past hurt is her only protection against falling for him-again. But if she takes the risk, will she find in Spencer a hometown heartbreaker, or the hero she's always wanted?


RaeAnne Thayne finds inspiration in the beautiful northern Utah mountains, where she lives with her family. Her books have won numerous honors, including three RITA Award nominations from the Romance Writers of America and a Career Achievement Award from RT Book Reviews magazine. RaeAnne loves to hear from readers and can be reached through her website at www.raeannethayne.com.