To save her secrets and her country, CIA operative Talia Reynolds must sacrifice the man she loves.

CIA operative Talia Reynolds's new boss is her ex-boyfriend. And that's the just beginning of her problems.

We're celebrating the launch of Spy Noon, a prequel novella to I, Spy! You can also find Spy Noon at the special 99¢ launch discount through Singles Awareness Day (Feb 14) on Amazon, Kobo, Barnes & Noble and JordanMcCollum.com! 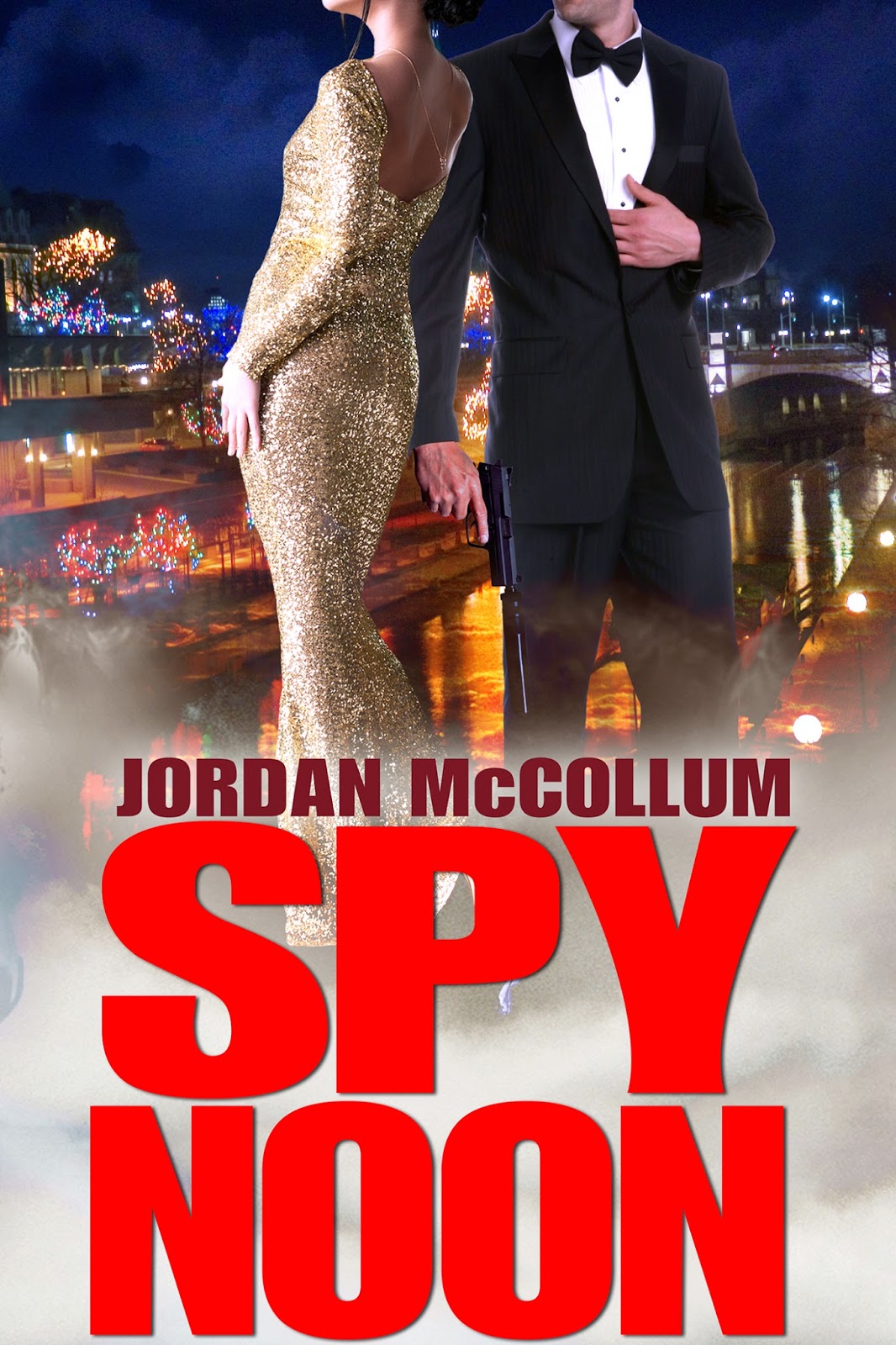 Canada's the last place you'd expect to find an American spy, but CIA operative Talia Reynolds has problems piling up higher than a Canadian snowbank. When Elliott Monteith, her ridiculously handsome new coworker, shows up (and shows her up), Talia decides it's game on. She'll be the first to track down a dangerous counter-spy, and she'll give Elliott an unforgettable souvenir of his time in Ottawa: some humble pie.

Her plans don't work as well as she expects, though. Elliott's over-the-top flirting dredges up too many painful memories for Talia and undermines the confidence she's worked hard to regain. To do her job and keep her integrity intact, she'll have to keep her personal feelings at bay. Now Talia must find a way to work alongside Elliott—and maybe even trust him—to outsmart the enemy.

The Spy Another Day series

Praise for the series

A fast-paced, crisply written story with entertaining plot twists, told in a first person, wryly self-deprecating narrative voice. . . . I, Spy is a well-crafted romantic suspense with humor, heart, and a uniquely engaging heroine.

I knew by the first page that I was going to love [I, Spy]. I absolutely loved Talia's inner voice. . . . The plot is enjoyable and I loved the action! I really could not guess what was going to happen next. There were so many surprises at the turn of each page, especially during the climax, it didn't matter what time it was, I had to finish.

The series has this great combination of sarcasm and wit in the MC, great chemistry and dialogue between her and her love interest, and then a whole slue of spying, deception, intrigue, and danger. Especially of that last one. . . .

I thoroughly enjoyed [Spy for a Spy]! I would definitely read it again and I am highly anticipating the next book that Jordan McCollum writes! If you enjoy action-adventure, suspense, or books about characters who are spies and some romance, then I would definitely recommend this.

An award-winning author, Jordan McCollum can’t resist a story where good defeats evil and true love conquers all. In her day job, she coerces people to do things they don’t want to, elicits information and generally manipulates the people she loves most—she’s a mom.

Jordan holds a degree in American Studies and Linguistics from Brigham Young University. When she catches a spare minute, her hobbies include reading, knitting and music. She lives with her husband and four children in Utah.

Spy Noon is a novella. It is a fun short story that shows how Talia and Elliot meet. It is fun, competitive CIA spy story.
It is also a clean read.

If you are already a fan of Jordan's I spy stories you will want to get this book. If not already a fan, this would be a good book to start and learn the beginning of Talia , Elliot and Will working together for the CIA in Canada.

Talia works for the CIA and is stationed in Canada. She is also going to law school as part of her cover. Talia is very competitive. She is single. I like her.

I will keep reading the Spy books about Talia from Jordan McCollum in the future. They are fun spy adventure stories that are worth the time to read.

I was given Spy Noon for me to give honest review of by Jordan McCollum.


Getting Your Read On


I Love to Read and Review Books

Thanks, Rhonda! So glad you enjoyed it!!