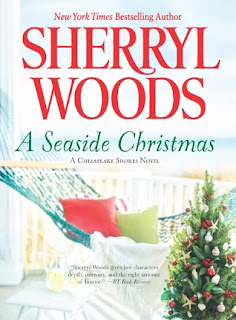 I want to go and see a Christmas play! Listen to the music and go see the train with Santa riding in it. Merry Christmas.
This is a heart warming story of love and forgiveness. Of being with family to share with. Lots of O'Brien too add into the fun.

Their was a little of the story that I could see coming a long ways from. I read this book fast did not want anything but to read and find out how it will
all come together.

Jenny is a very talented song writer. She has not been home for years. She has only seen her half brother when he was born. Now after a very public breakup
with Caleb in the tabloids she is going home. She is going to help write songs too go along with Bree's play she wrote.

Caleb knew he had blown the best things in his life. He wants Jenny back. He has sobered up in rehab. Now he wants to get his life and career back. He has heard Jenny's new song and he wants it. They had worked great together in the past. He follows her to her hometown.

When Bree learns Caleb is going to be in town as long as it took to earn Jenny's heart back, she asks," Caleb to be in her Christmas play?" Caleb thinks it would be great for his career and it would force Jenny to work with him again.

Most of the O'Briens are ready to give him one chance, but warn him not to hurt Jenny again.

I laughed, got in the mood for hot chocolate even though it's in the 90s. I was left with a smile and for once wanting a book to come with CD of new music that Jenny wrote.

Description below taken off of NetGalley

As the only child of a single mom, Jenny Collins wanted nothing more than to be part of a large, rambunctious family like the O'Briens. Ironically, though, when her mother married into that family, Jenny found herself feeling more like an outsider than ever.

Now, after years in Nashville as an established songwriter, Jenny's drawn back to Chesapeake Shores to collaborate on a Christmas production…and to make peace with the past. As if that's not challenging enough, Caleb Green, the singer who broke her heart, has followed her to town, determined to win her back.

With the help of a little O'Brien holiday magic, will Jenny and Caleb find a way to make sweet music forever?
Posted by rhonda1111 at 9:04 PM