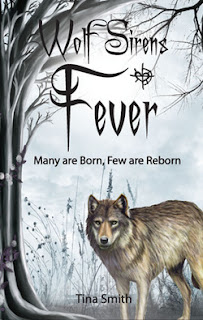 Wolf Sirens #2: Fever: Many are Born, Few are Reborn:

Temperatures rise as the flames of longing still burn in the thrilling sequel to Wolf Sirens Forbidden. The legend continues. Apollo, god of deadly plague, conspires to undo his sister’s legacy. The wolves exist between two worlds, one in the town another in the forest.

Prophecy says hunters and wolves are cursed to a mutual attraction. Increasingly, each successive slayer becomes more alluring to the wolf. The predestined enemies struggle, to both resist and contain their fierce rivalry in a conflict powerful enough to tear two worlds apart.

A shadow has fallen over the heartlands of myth and reality. The chosen is reborn broken-hearted, in the scorching embers of grief. Devastated, Lila trains tirelessly as the assassin. She must submit to deliver justice and protect the innocent of Shade.

But is it love or revenge which motivates her?

Will the huntress or her heart prevail? Breaking away from the call of destiny and fearing betrayal, Lila makes a desperate escape in search of her lost beloved. The intensity between two ancient enemies ignites. The history of the wolf pack is revealed as devotion and desire in the underworld reaches fever pitch.

If The Bite Doesn't Get You, Then the Fever Will

About the Author Tina Smith

Tina Smith is an herbalist, dog lover, Piscean and mother with a fondness for strong female protagonist's. A love of the fantasy genre and the deep exploration of dark and evocative subjects inspired Wolf Sirens Forbidden. The sequel Fever further unfolds the tale of the heroine femme fatale, on her journey in the underworld between the lands of myth and reality.

Fever started off slow for me. Don't know if it is because I forgot a lot of the book or what. I admit to liking second half of the book a lot more.

We get to read the background of the other characters a lot more and how they became wolfs or hunters. We see how and why they acted the ways they did. Like how come Sam liked to make others do what she wanted. How Cresida came to live with her Aunt. We learn that Cresida likes some of the wolves too.
I like how the characters were enriched by the more we knew about their pasts.

Fever sets up really good for book 3. Now if my memory will work I will be ready for it the sooner the better.
Lila has a hard time accepting that Sky is dead and gone. She wants to leave town and look for him see where he died. But she is always being watched. Cresida has been training her to keep her busy and tired.
The high school is mourning this is the second death within months. Lila has to learn about handling death.

I love the cover of Fever! It draws me in to the wolf.

Some people when they get bitten change where others die from the fever It tells a lot of the conversions stories and what their families went through the tough times.

I was given this ebook to read and asked to give honest review of it and be part of their blog tour.
Posted by rhonda1111 at 4:43 AM