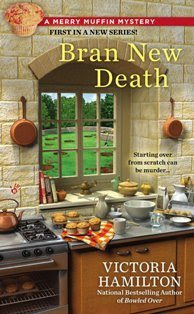 Synopsis
Expert muffin baker Merry Wynter is finally ready to turn her passion into a career. But when a dead body is found on her property, she’s more worried about cooking up an alibi…

Merry is making a fresh start in small-town Autumn Vale, New York, in the mansion she’s inherited from her late uncle, Melvyn. The house is run-down and someone has been digging giant holes on the grounds, but with its restaurant-quality kitchen, the place has potential for her new baking business. She even has her first client—the local retirement home.

Unfortunately, Merry soon finds that quite a few townsfolk didn’t like Uncle Mel, and she has inherited their enmity as well as his home. Local baker Binny Turner and her crazy brother, Tom, blame Melvyn for their father’s death, and Tom may be the one vandalizing her land. But when Tom turns up dead in one of the holes in her yard, Merry needs to prove she had nothing to do with his death—or her new muffin-making career may crumble before it starts… 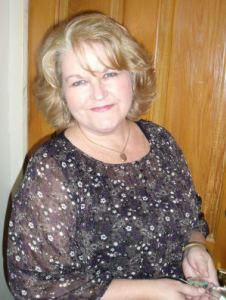 Victoria starting reading mystery novels at the age of 12 and devoured Agatha Christie mysteries, as well as those of Dorothy L. Sayers and Ngaio Marsh. She still adores mysteries, especially the cozy mysteries of Janet Bolin, Krista Davis, and others.

Blog: Killer Characters the 21st of each month… www.killercharacters.com

I had no clue about who the good guys or bad guys were. This was a very good mystery. I can't wait to read the next one in the series. Full of drama, crazy characters, lots of secrets, in a beautiful setting. It is also a clean read.

Merry is the main character. Her life has just been messed up and she was fired. So she came to see why her property she inherited A Castle was not selling. In Autumn Vale, New York.
She can't find her property even with GPS. First people she meets are not willing to help her.

Another lady convinces her to make muffins for the people in her rest care. Before she even sees her house.
Finally she is shown her house and their are lots of holes someone has been digging in her front yard. People did not like her Uncle and blamed him for another persons disappearance.

Merry likes to make muffins and likes to cook to relax. So she is going to bake the muffins.
Merry told no one goodbye when she gave up her apartment and put everything in storage. So she calls her good friend and tells her where she is for now.

Merry's good friend shows up Shilo shows up the next day with Jack McGill who is going
to fill the holes in with borrowed equipment. Jack is the one who was trying to sell the castle and was having no luck. He had been telling Merry to come see the place.

Merry that night sees the backhoe is running and someone is attacked out their by a orange cat.
She accuses Tom when she sees scratches on his face. It is his father that is missing. Tom blames it on her Uncle before he died. They had lawsuits against each other. Merry tells him to stop digging on her land or else.

Now a dead body turns up in one of the wholes that night. The Sheriff and her find the body.

The plot is full of twists and turns and it is setting up for another mystery that I want to know about and read it. Their are so many secrets around Merry is trying to figure out.

I would love to see the castle and read the book about why her family built it. Without all the wholes dug up around it.
I like Shilo and would love to know about her background she has lots of secrets in her life. She hits it off with Jack right away.
I can see different stories lines for more books in this series. I would read them. I would also like to read Victoria's other cozy mystery books.

I was given this ebook to read and asked to give honest review and be part of Bran New Death blog tour.

August 30 – Chloe Gets A Clue – Interview

September 8 – A Chick Who Reads – Review

Thank you for being part of this tour!!!

I love cozies because they take me away for a few hours, to another place with likeable characters, idyllic settings and most of the time, some kind of awesome new recipes!

Thank you for the review.

One of the reasons I like cozy mysteries is because they're the first "grown-up" mysteries I read. I started with Agatha Christie (queen of the cozies) and went from there.

Thank you so much for your wonderful review! Good luck to everyone who commented to enter to win.

Im on this tour, and really enjoying this book! =)
Great review!

Thanks for your review!