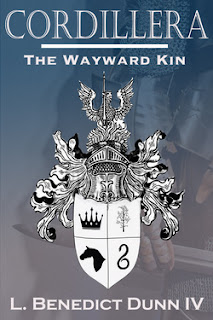 The Liberator's War has ended. King Landri Altard now reigns in the post-revolution Kingdom of Cordillera. With the unexpected death of his wife, Landri is forced to place his infant sons in the care of his most trusted allies. An early betrayal puts the identities of the young princes into question as well as others' allegiance to the Crown. This epic tale follows the lives of the princes as they travel across the Kingdom and encounter the different worlds they are destined to rule. Enemies lurk and alliances are strained as the aftermath of the revolution still lingers in the fragile Kingdom of Cordillera. 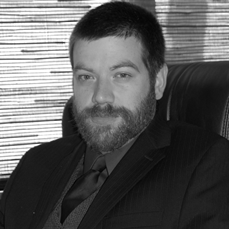 About the Author:
Born in Burbank , California , Leo Dunn grew up in a family of six, with three sisters to call his siblings. He first developed his passion for writing after moving to the small town of Durango , Colorado as a young teen. With the mountains as his playground, Leo was able to explore and develop his imagination and love for rustic culture and ancient history. He continued such passions through college where he graduate with a BA in History from the University of Northern Colorado . His inspirations for the Cordillera series come from the alfresco Colorado life and a love of medieval fiction. He is excited to bring the world he has created to all who share such passions.

This is a coming of age story for two brothers who don't know their past or who they really are. While they are growing up they move to different areas of Cordillera and have different experiences with different guardians.
Their father is a King who became King by a revolution to overthrow a dangerous leader. His wife has died now so he meets with his trusted advisors it is decided that each will take the boys into their homes for three years and train them and pass them to the next man. So they will be recognized they brand them high up on their necks so they are hidden by their hair. They won't be told who they really are to keep them safe.

Julian and Ralina will have them for the first two years. Because of the war they just gone through Julian decides to rename them and raise them as twins instead of one year apart. So the best of the two will be King not which one is older.

I really enjoyed reading about Caleb and Artemus and the Kingdom of Cordillera. They were not raised to be spoiled princes. Each place they live they are trained in different areas in live and about the different people who they live with.
I keep trying to guess which one is really the oldest? Who will be chosen as the new King? How will they react when they learn the truth.

Caleb has fast reflexes. He is not scared of anything he just goes for it. He is a little bit of a bully.
Artemus has to think before he acts. He does not like to take chances as much as Caleb does. He is kinder of the two.
They are both close to each other for they are all each other has from place to place. I like them both but prefer Artemus

I like the different areas that they live in and how they are different. How each group of people have good points and bad points that are important to the kingdom. That Caleb and Artemus are learning and developing different skills.

I was not ready for the book to end and want to see what happens next to Caleb and Artemus.
I was given this ebook to read and agreed to give honest review of it and be part of its book tour.