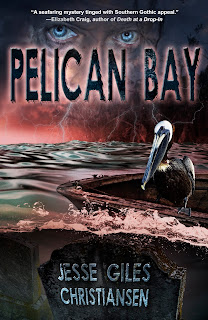 After Ethan Hodges discovers an undersea cemetery just off the beach of Pelican Bay, South Carolina, he seeks answers from a grandfatherly fisherman named Captain Shelby. The captain wants the past to remain buried, and he warns Ethan to stay away. But Ethan doesn’t listen.

Ethan’s best friend and secret love interest, Morgan Olinsworth, joins in the investigation, unearthing intriguing secrets about the mysterious fisherman. When Captain Shelby is suspected of murder and disappears, a manhunt ensues, revealing a truth that unnerves everyone in Pelican Bay. 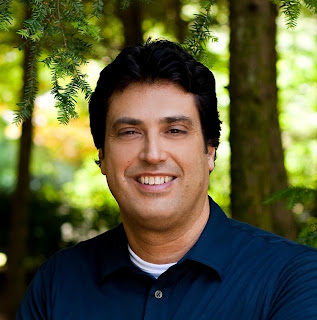 About The Author
Jesse Giles Christiansen is an American author who writes compelling literary fiction that weaves the real with the surreal. He attended Florida State University where he received his B.A. in English literature. His newest novel, “Pelican Bay,” focuses on a very old fisherman, Captain Shelby, and the mysterious happenings linked to him surrounding a nosy, sea-battered beach town (release date: July 20th, 2013, Imajin Books). One of his literary goals is to write at least fifty novels, and he reminds himself always of something that Ray Bradbury once said: “You fail only if you stop writing.” 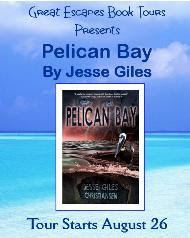 4 STARS
Pelican Bay is not your usual mystery book. There is plenty of mystery, suspense, interesting characters, murder or accidents? The story weaves back and forth in time. The book keeps your attention and wanting to know what is really going on.

At the heart of the story is a very old fisherman Captain Shelby. Everyone who knows him says he was old as far as they can remember.

Ethan Hodges was raised by his grandmother after his parents died at sea. He is really the only one who gets along and close to Captain Shelby. Ethan loves the ocean. He lives in the tiny village of Pelican Bay. He has loved Morgan forever.

Morgan does not love Ethan her best friend. She is shy and the town librarian. She lives with her father the town doctor.

Ethan notices some weird rocks in the bay. He dives down and finds out it is a old graveyard. No one remembers that it was their. He gets one name off of one of the headstones and with Morgan's help they start to look into the past of Pelican Bay.

Captain Shelby wants the past to be left alone and he warns Ethan to not ask questions.

Weird accidental deaths happen around the Captain. Some blame him for the deaths and remembers previous deaths that have happened around him long ago in the past.

Sometimes I was mixing up all the different Captains in the story, but that was my faults and not the story. I like Ethan and have mixed feelings about Morgan. I can understand reading all the time and escaping into books. She tries to be honest with Ethan about her feelings.

I would read more books by Jesse but I don't know if I want to read all 50 books that he is planning to write in his career but I would like to read more of his work.

I was given this ebook to read and in return asked to be part of Pelican Bay Book tour,

GIVAWAY ecopy of Pelican Bay!
I get to share with my readers one ebook of Pelican Bay. To enter leave a comment with your name and email. So I can get a hold of winner. Starting Aug. 26 to Sept. 3 2013. Only U.S. open to win.
So enter and enjoy Pelican Bay if your the winner. If not buy a copy and enjoy a good story.

The book sounds great, would love to win

Thank you for being part of this tour!! Fantastic post!!

Hi everyone, I'm Jesse, the author of Pelican Bay. I really enjoyed this insightful review of the novel, and the post is terrific!

Thank you for your interest in the book. I'm here to reply to any comments at all. :)

Pelican Bay -- I like the sound of that. My inlaws lived in a little town (at the time) called Cambria, CA. I don't remember if there were Pelicans but there was a bit of a bay with rocks on beach and out in the water. I loved to go out & watch the waves -- there wasn't any swimming, and I don't remember any fishing, certainly no boats could have launched from there -- just a pebbly/rocky beach, waves, and water crashing against the big rocks.