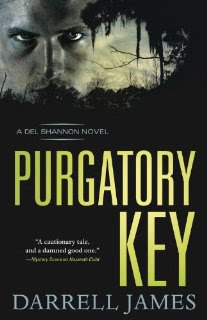 This is book #3 in the Del Shannon series but the first of the series that I have read. Del Shannon is a tough woman detective. Sometimes I liked her and others times she was too much for me to take. She is a sharpshooter and nothing is going to stop her from rescuing the two teen girls.

Falconet is with the FBI but on loan to another group. He is sent into find a prisoner Payton that they thought had died with the plane he was on. The Marshall's too, but his body just washed ashore and he was murdered. Falconet was in love with Del two years ago. He was glad to go to the city she was living into find Teddy, Payton's brother.

Payton washed ashore on a island where he was safe but had too satisfy the owner Ivess, He did not have money to leave the island in the Louisiana swamp. Ivess was left the island and had no money on her own. Their was a trust that paid the bills but she had to sign something every month for it. The trust also paid for her workers on the island. If Payton did not do what ever Ivess wanted she threatened to turn him in. His brother Teddy was also allowed to live on the island.

Two teenagers Kendra and Lissa were on a search for treasure and ran into Payton. Payton decided to hold them for ransom. He sent Teddy to Arizona where the girls lived. Soon as Teddy made it back they could leave the country. The girls were kept in Teddy's room. With a big tiger chained up in front of the door. The girls were afraid to leave and Payton could not get to them either.

Leggett was the caretaker of the island and he controlled the two tigers. He knew the girls were kept in the room and tried to protect them with the tiger out front and brought them food and other things to make their stay better.

The story was full of action and drama. Sex talk but no detailed scenes. It kept you wondering about what is going to happen next.
Some things about the ending I wanted to know more about but still was good. I would read another Del Shannon story to see if it's another series that I would like to follow.

Handling a ransom payoff for two teenage girls shouldn't be hard for an incredibly sharp investigator like Del Shannon. But the deal is botched when she's forced to kill one of the kidnappers. Del can hardly forgive herself for screwing up her best chance at finding the missing girls -- and saving their lives. Meanwhile, time is running out for Lissa Rogers and Kendra Kozak, held captive by a dangerous fugitive on an island in the Louisiana bayous -- and quite possibly the site of a legendary treasure.
Posted by rhonda1111 at 8:30 AM