My Own Mr. Darcy by Karen White 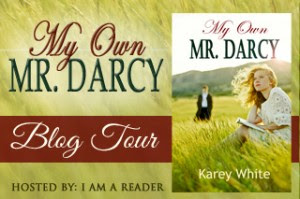 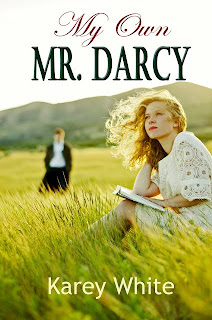 My Own Mr. Darcy by Karey White 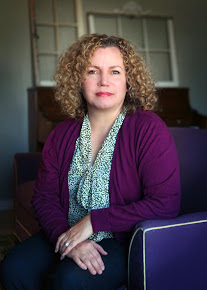 
My Review My Own Mr. Darcy

I was not sure if I would enjoy this as much as I did. I read the book over 25 years ago and have not seen either movie they talked about. You don't need to have seen or read the book to enjoy this one.

It was cute, warm, romantic and at times very frustrating. I wanted to shake a couple of the characters at times. It is a clean read that leaves you with a smile.

Elizabeth at 16 saw Pride and Prejudice the 2005 movie. She fell in love with Matthew Macfadyen’s Mr. Darcy.
She was going to hold out for him. She would not really give any guy who did not instantly meet her standards a try. Till her roommate and friend made her promise to give a guy 10 dates to really get to know him and him to know her.

Chad meets Elizabeth at the grocery store and agreed to go out to lunch. She really did not give him a chance. So she asked him out and started to get to know him. Then she saw Mr. Darcy or at least her idea of him and started to date both guys.

Chad is nice, fun, caring and helpful. He helps Elizabeth and shows her that he cares by his actions. I was totally on Chads side. I would fall for him over Mr. Darcy any day.

Matt is rich and owns his own book store. He is not open personality. His taste in food does not make me hungry. He invites Elizabeth to lunch at his bookstore. Of course anyone who owns a bookstore and invited me their I would love it. Bookstores are some of my favorite places to be.

Though I am left with the feeling that I want to watch the movie of Pride and Prejudice and see the looks across the room.

I was given this ebook to read and asked to review it as part of the book tour.
Posted by rhonda1111 at 1:56 PM

Thanks for the review! I'm glad you enjoyed the book. I think it's a good thing you wanted to shake a couple of characters, right? I've heard that from a few people.

Thanks again, and have fun when you watch the movie! Have a great day.

I won this book from a giveaway. I am looking forward to reading this. I like the 10 date rule.